Living on the Brink of Reality (Part One)

Here are a few optical illusions that lead up to the brink of what is real and what is only in our minds. Even though we know it is only an illusion we still see it as real.

This was discovered by the American psychologist Joseph Jastrow in 1889.
The two figures are identical, although one appears to be larger.


The Kanizsa triangle was first described by the Italian psychologist Gaetano Kanizsa in 1955.  It is an example of a "phantom edge phenomena". 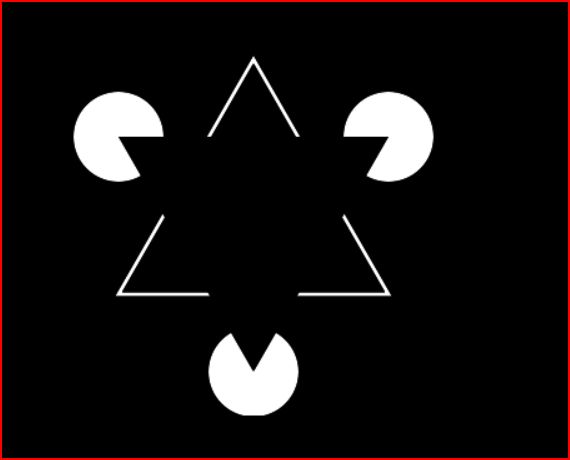 In this figure we "see" a black triangle but it does not actually exist.