Original Idea for the Modern GPS ? 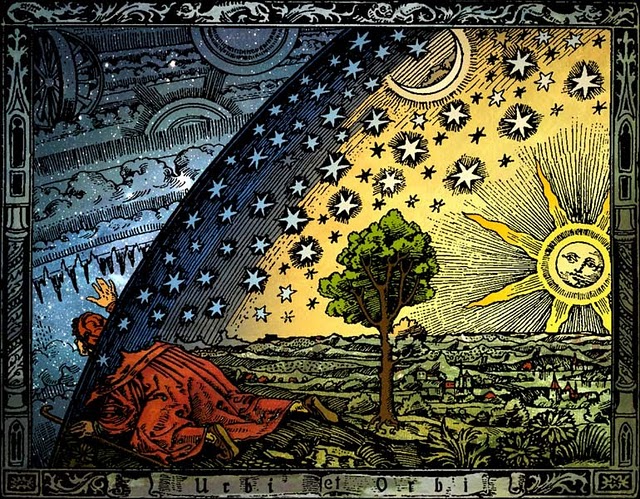 "To the City and to the World"

I had a strange thought when I saw this image again. I've seen it before but this time it took on a completely different meaning.
Isn't the man finding his location by realizing what is above and outside his ordinary world? All he needs is the technology to make it happen.

I believe most people use their GPS (Global Positioning System) with the same lack of technical understanding as the man in the image. We know we can always look up how it works even if we don't really understand the explanation. But for everyday use it's only necessary to perform the "magical" rituals.

Actual Definition:
The Latin phrase "urbi et orbi" literally means "to the city and to the world." It has come to be used as the name for a specific type of blessing given by the pope on particularly solemn occasions. What it means is that the "urbi et orbi" address or blessing is not directed simply at the city of Rome and the people present, but rather to the entire Roman Catholic world, wherever the individuals may be. (From About.com)
(My highlighting for a type of individual global positional locator. At least maybe spiritually!)