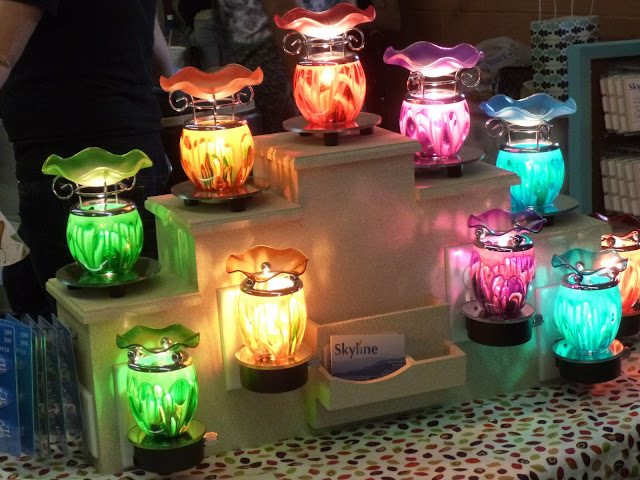 It was an interesting, fun afternoon at the local fairgrounds.  It started to rain when we got to the fair but it only lasted for about one minute, then the sun came out.  Besides displays of various kinds of apples there were art projects for sale and food stands. 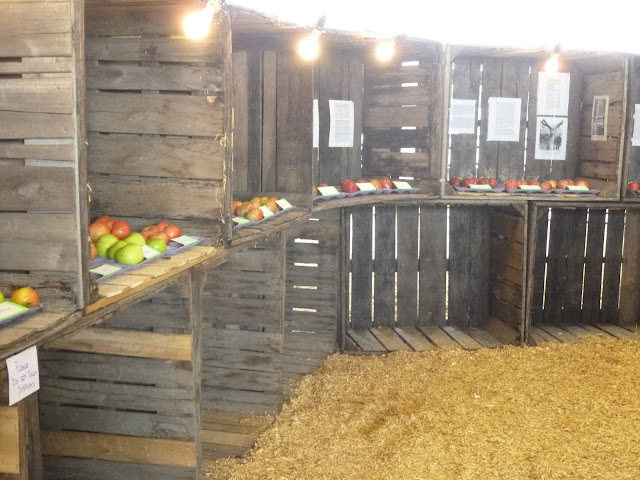 I  never knew there were so many varieties of apples, hundreds of them. 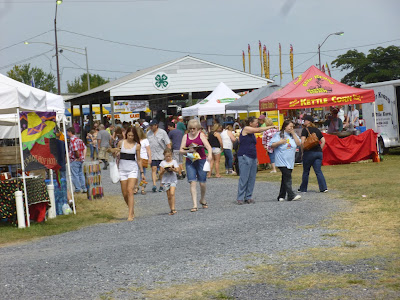 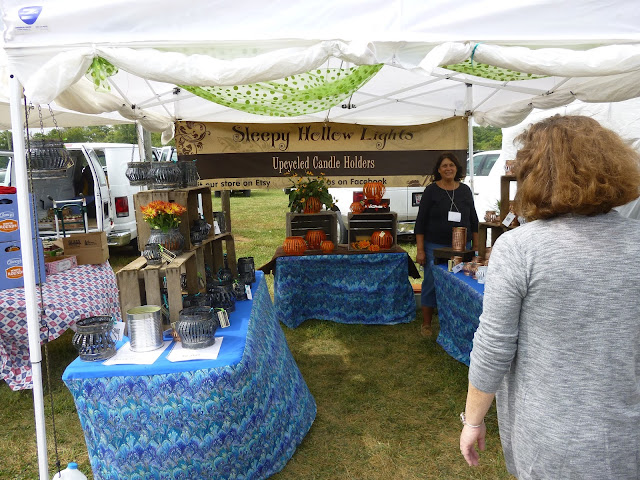 Lynette and I bought two candle holders from this woman who somehow made them from tin cans using a blowtorch. 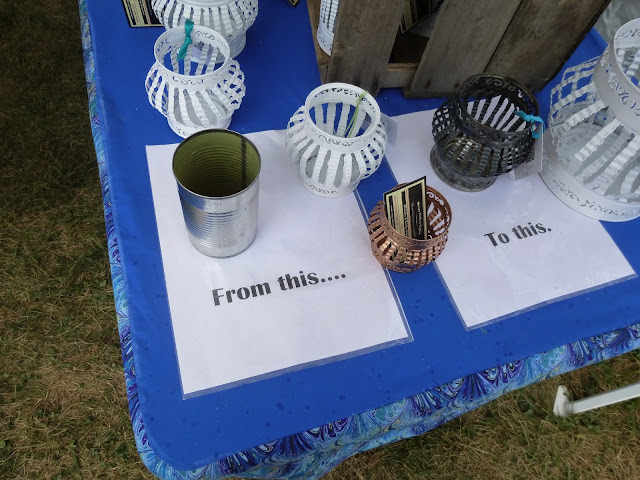 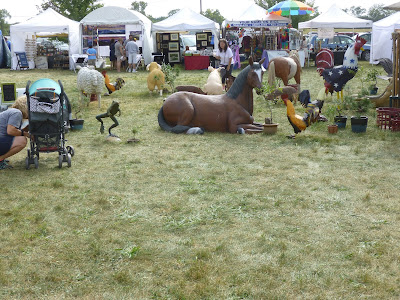 Antique cars were on display in another area. 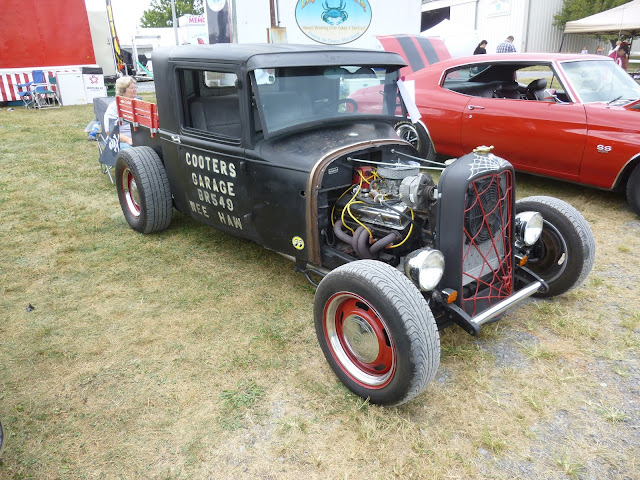 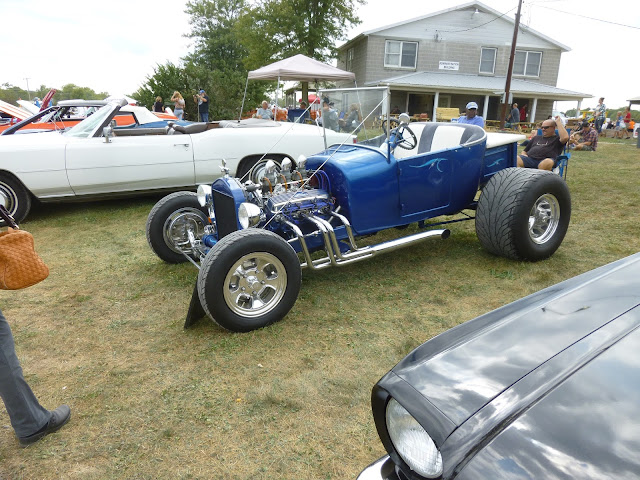 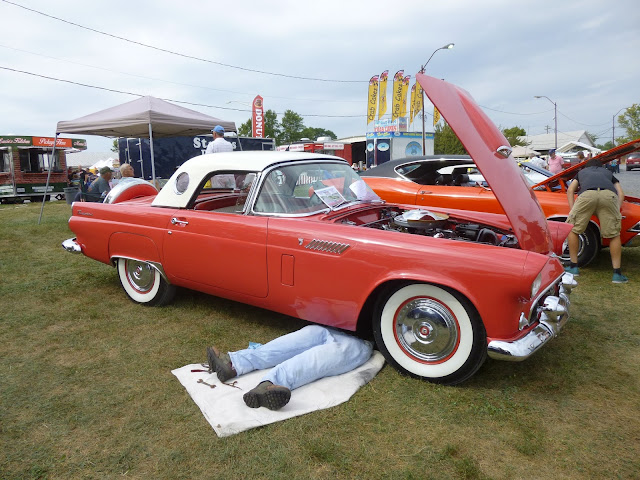 This Thunderbird reminds me of the one I saw in my neighborhood when I was a kid.  It was white. I loved it. At first I thought the dummy under the car was run over but with the tools by its legs it was supposed to be fixing the car.
I wonder why Ford stopped making the Thunderbird. I know they made them again but only for a short time. I'd like to own a modern version. 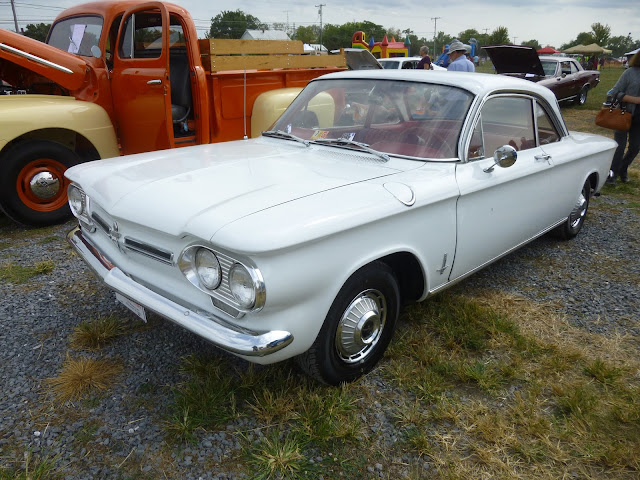 This is the model of the Corvare I learned to drive with.  My father would take me to an empty parking lot and let me take the wheel.  Every once in a while the car would stall because a belt came off the engine.  We opened the hood, which was in the back of the car and just put it back on the air cooled engine. Then we were back in action.