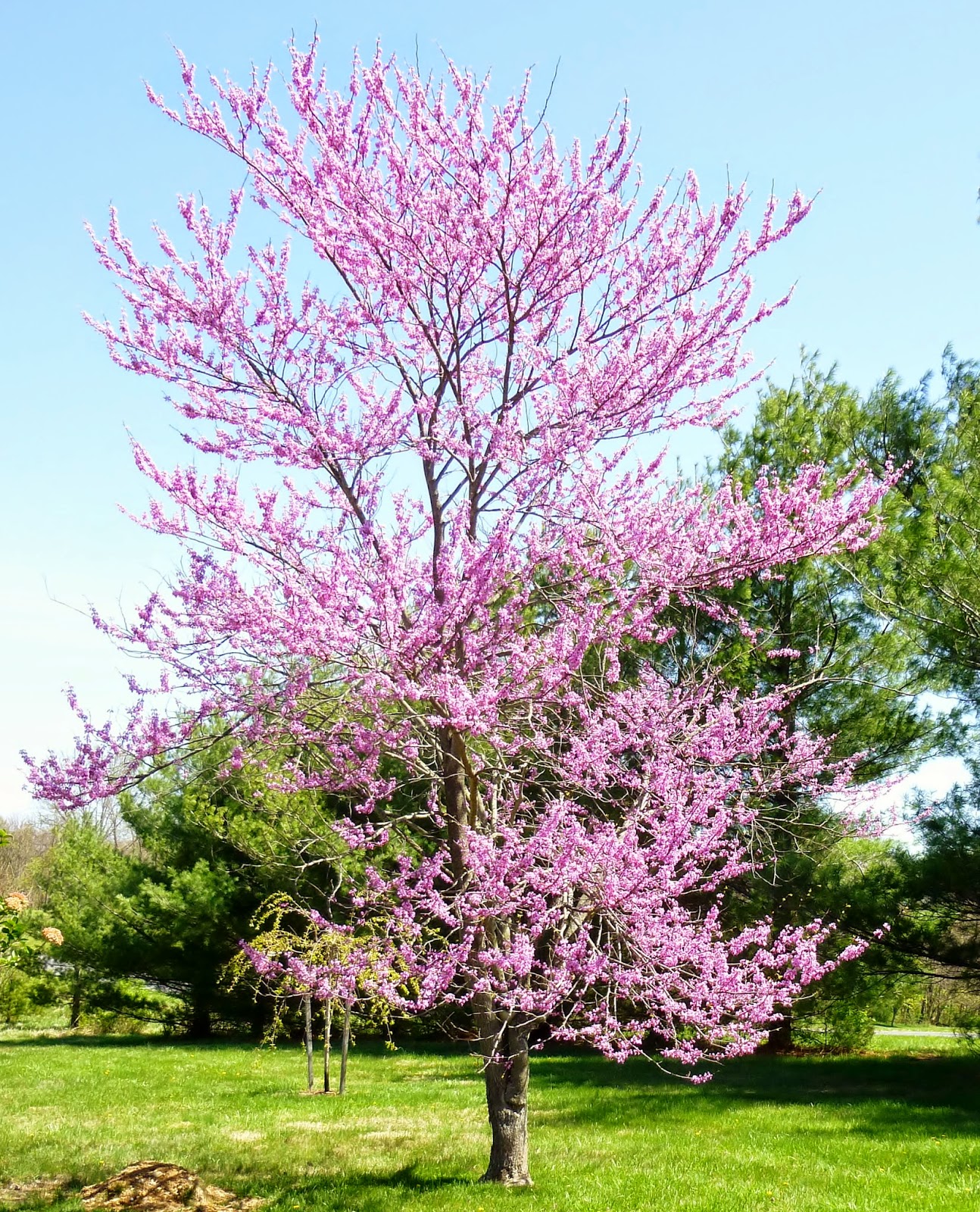 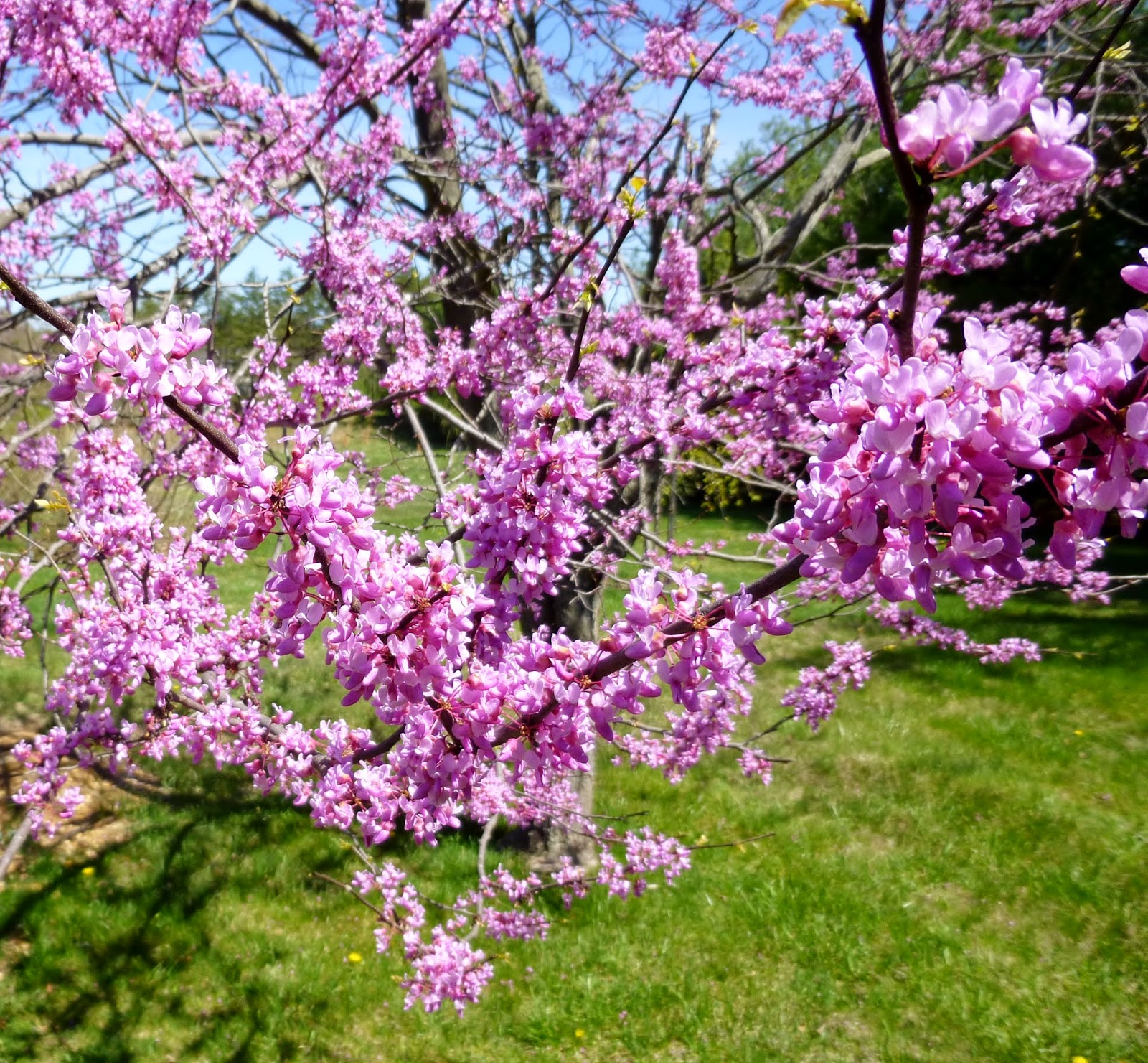 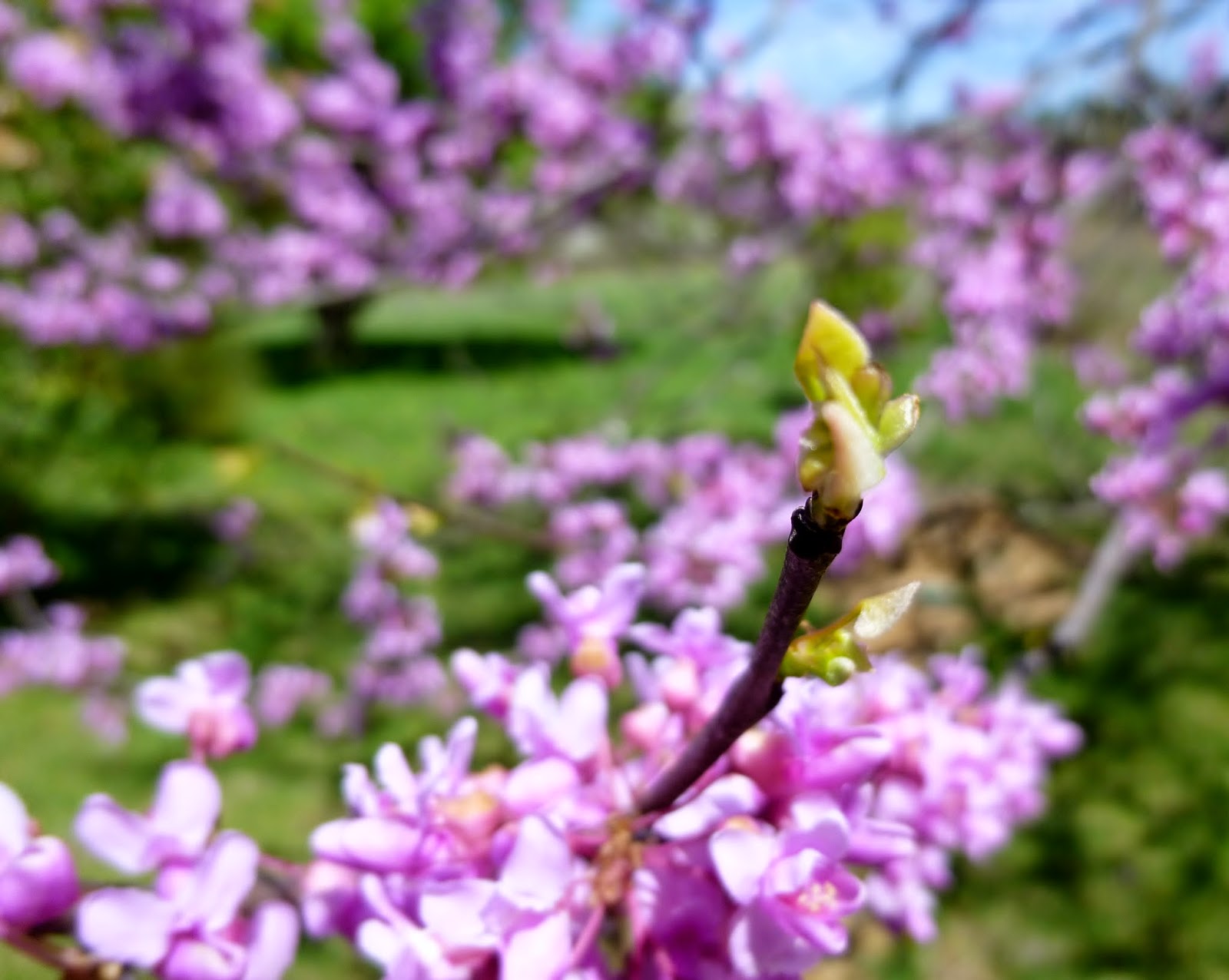 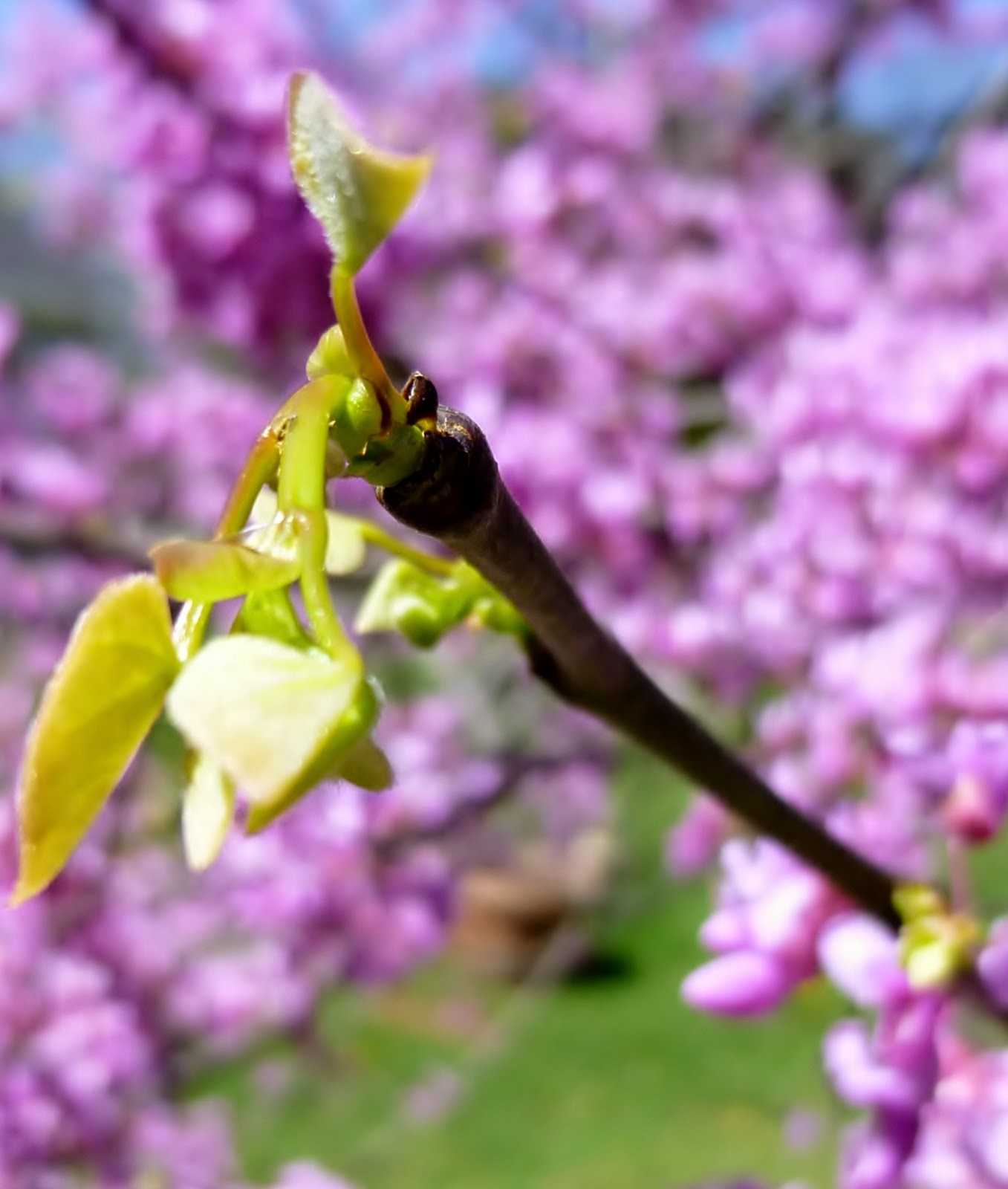 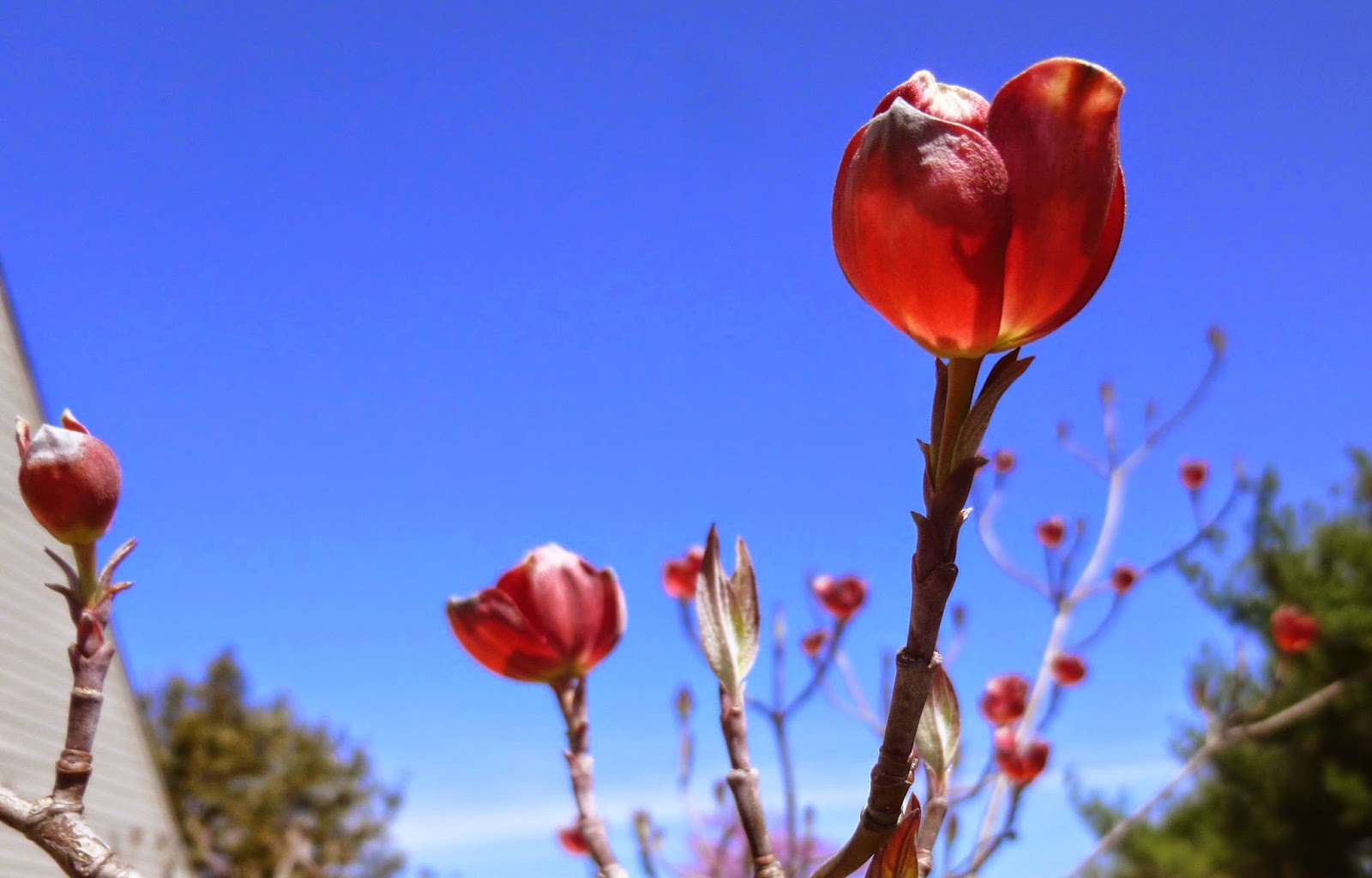 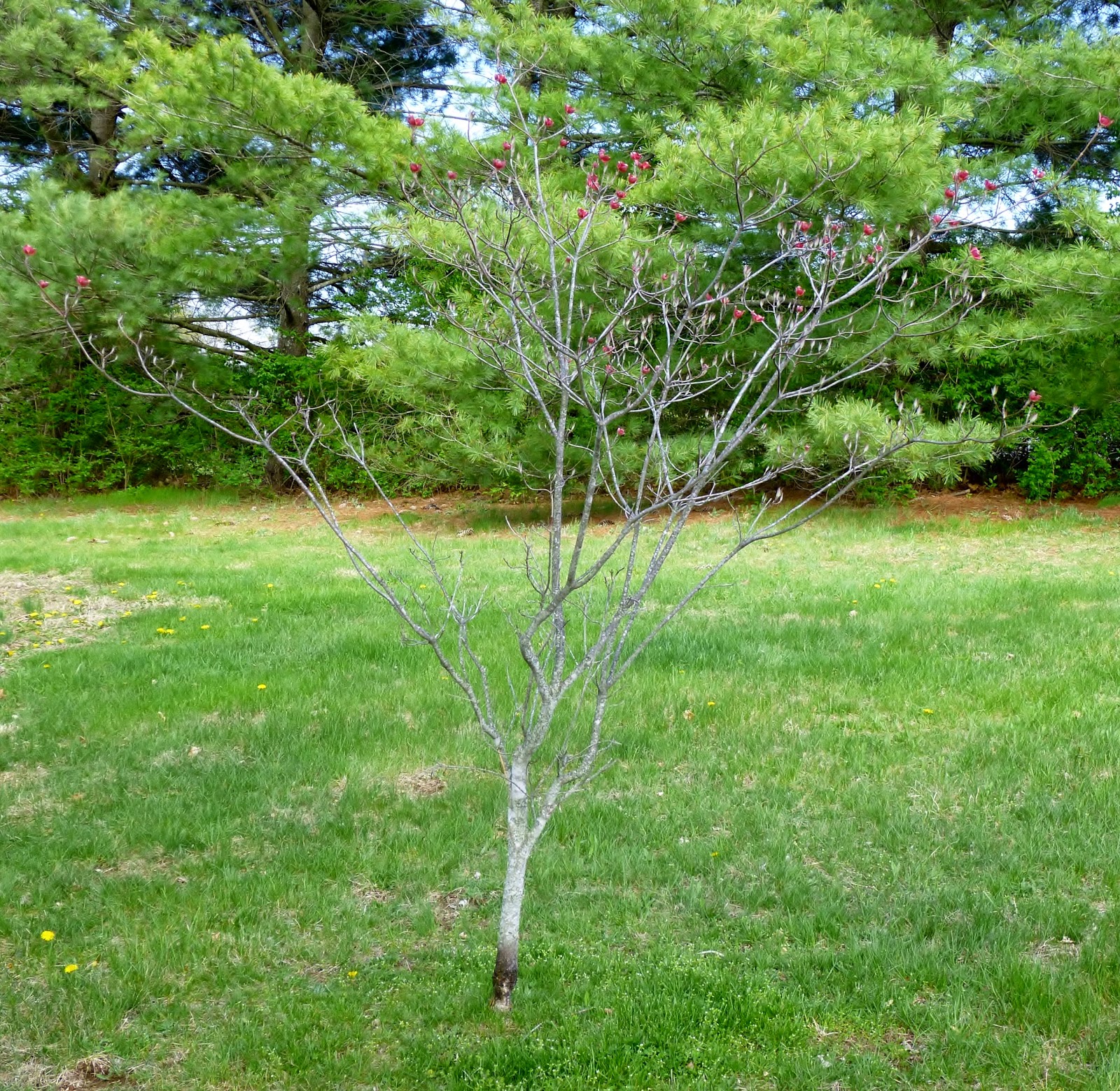 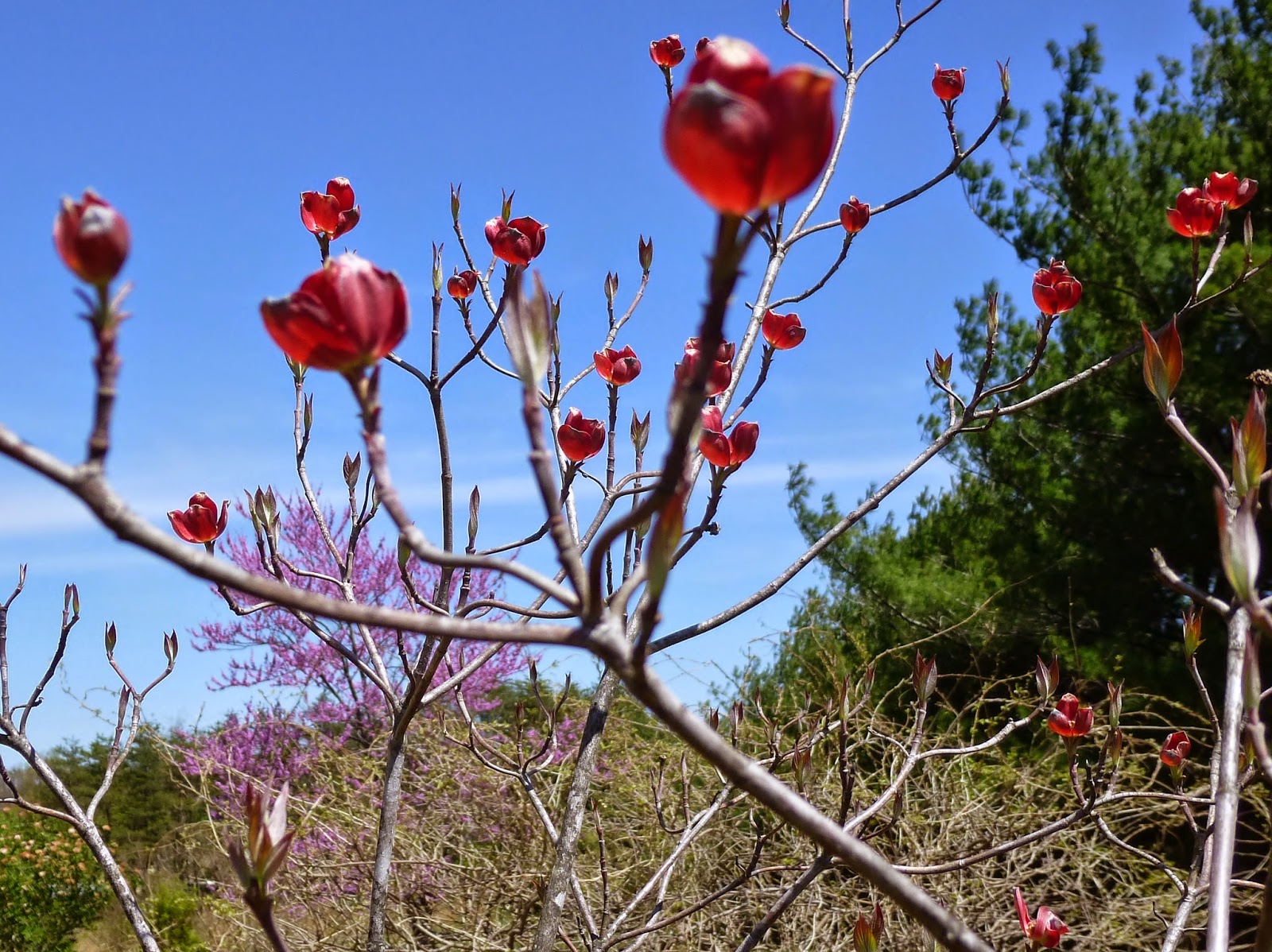 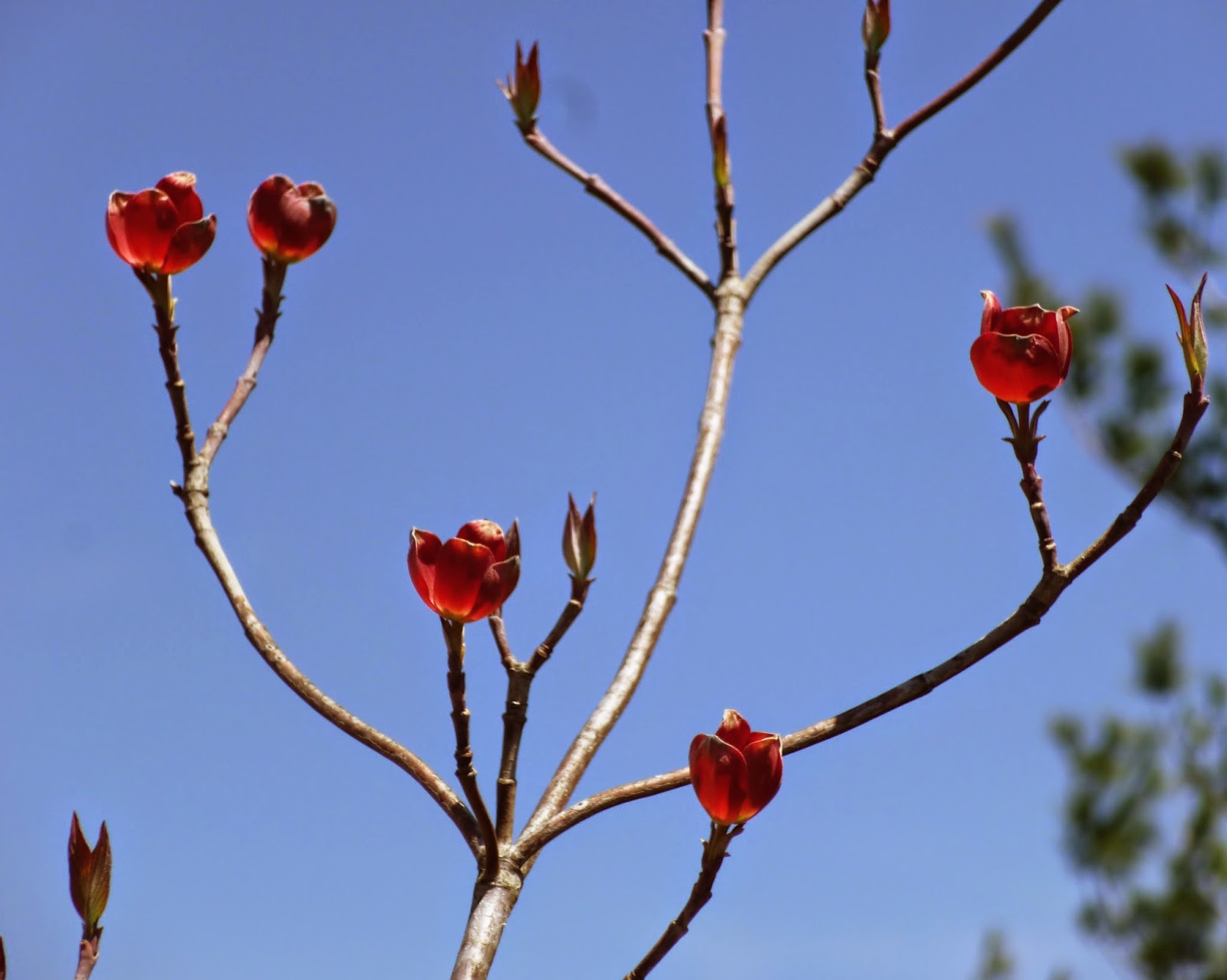 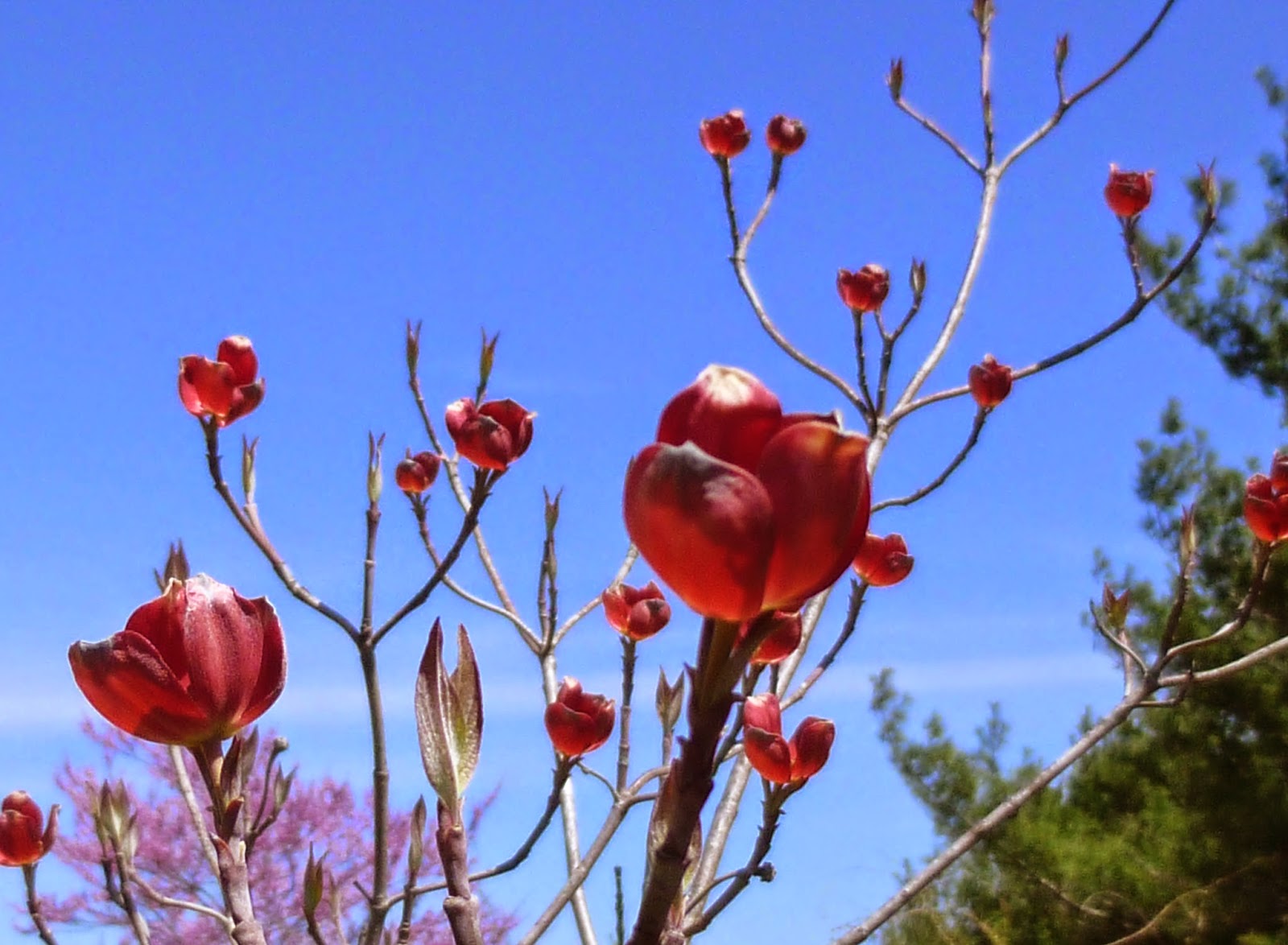 Across the Street from My Daughter's Apartment in Brooklyn 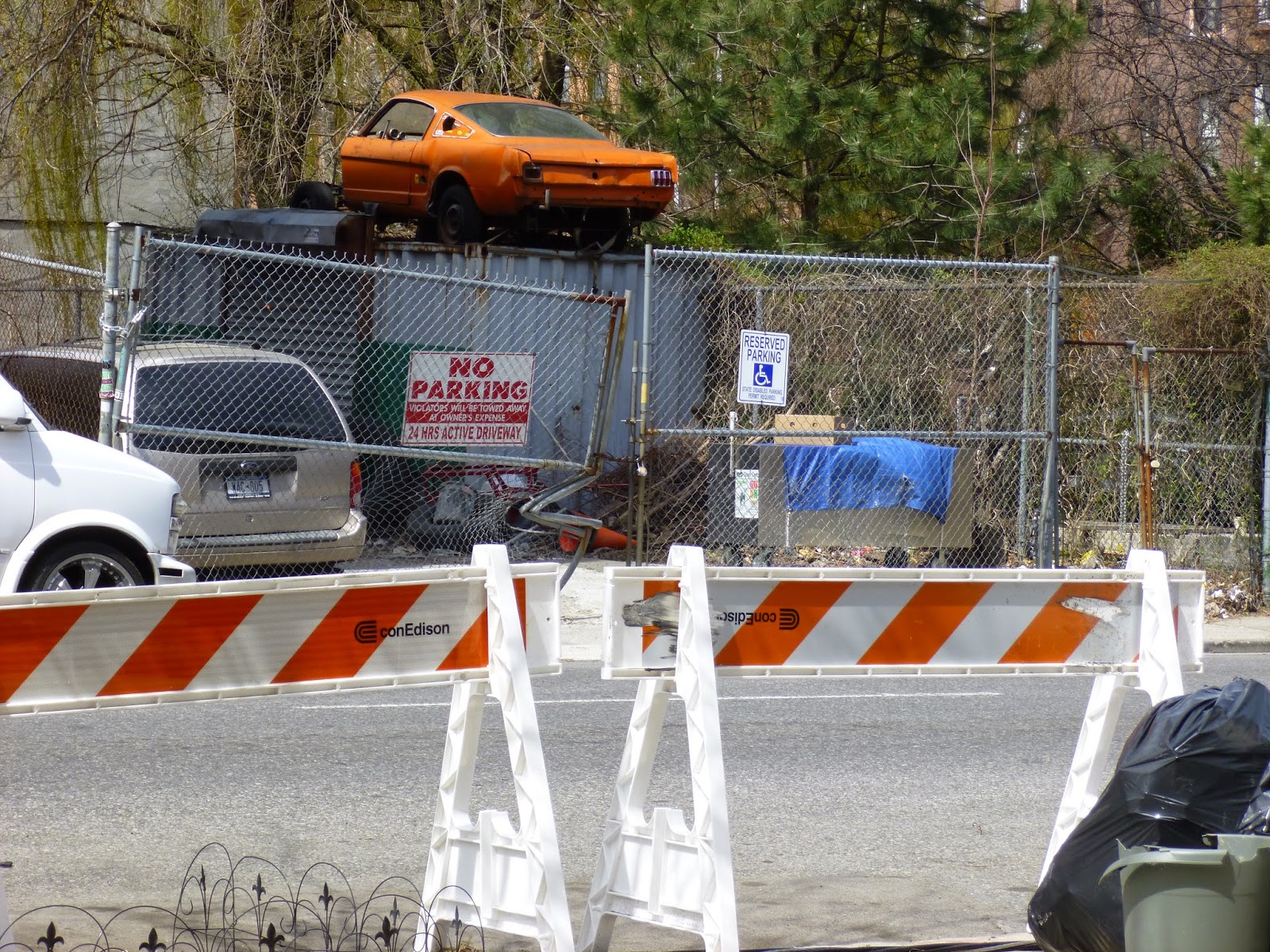 How did this car get up on top of the shed? 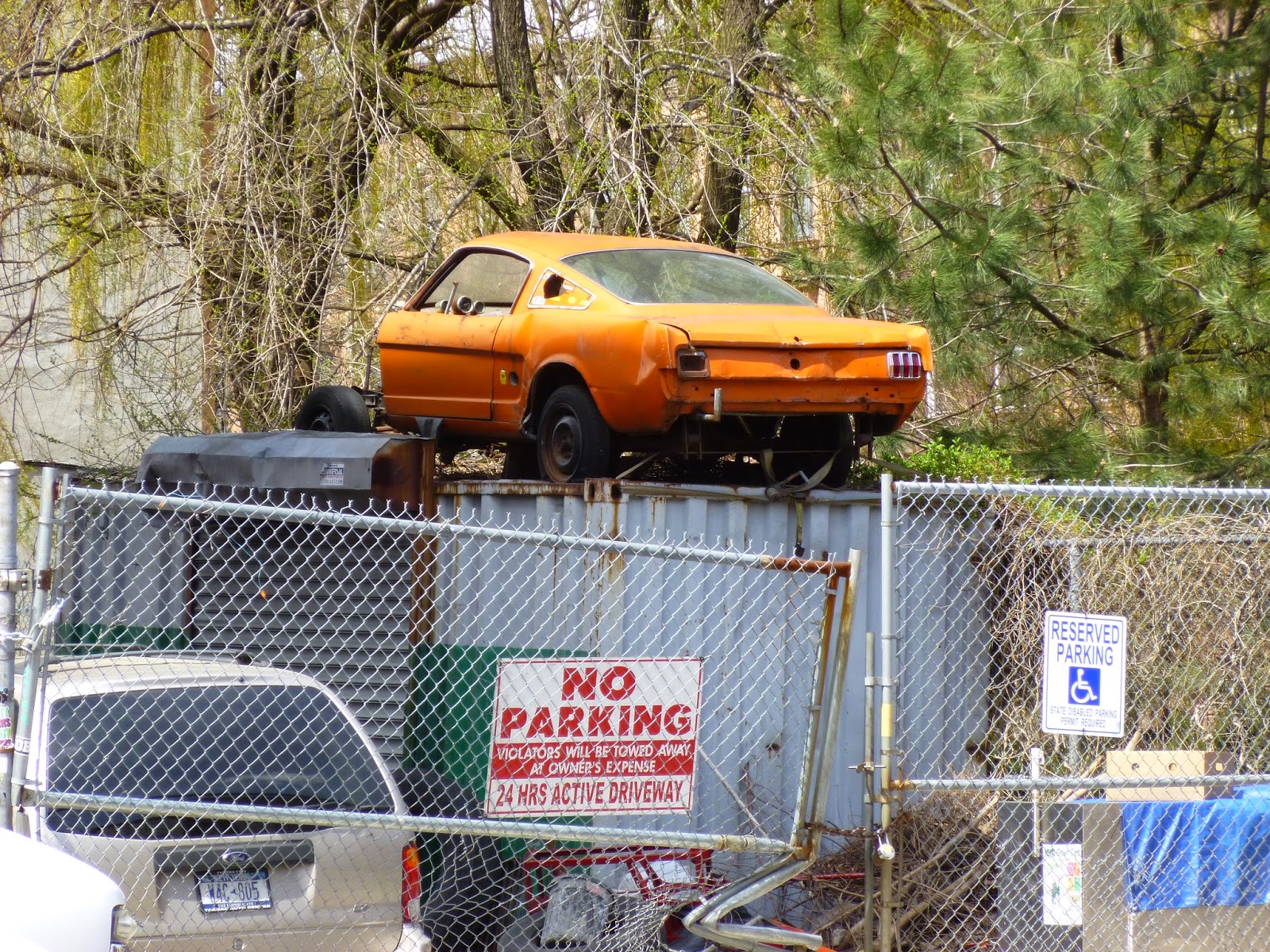 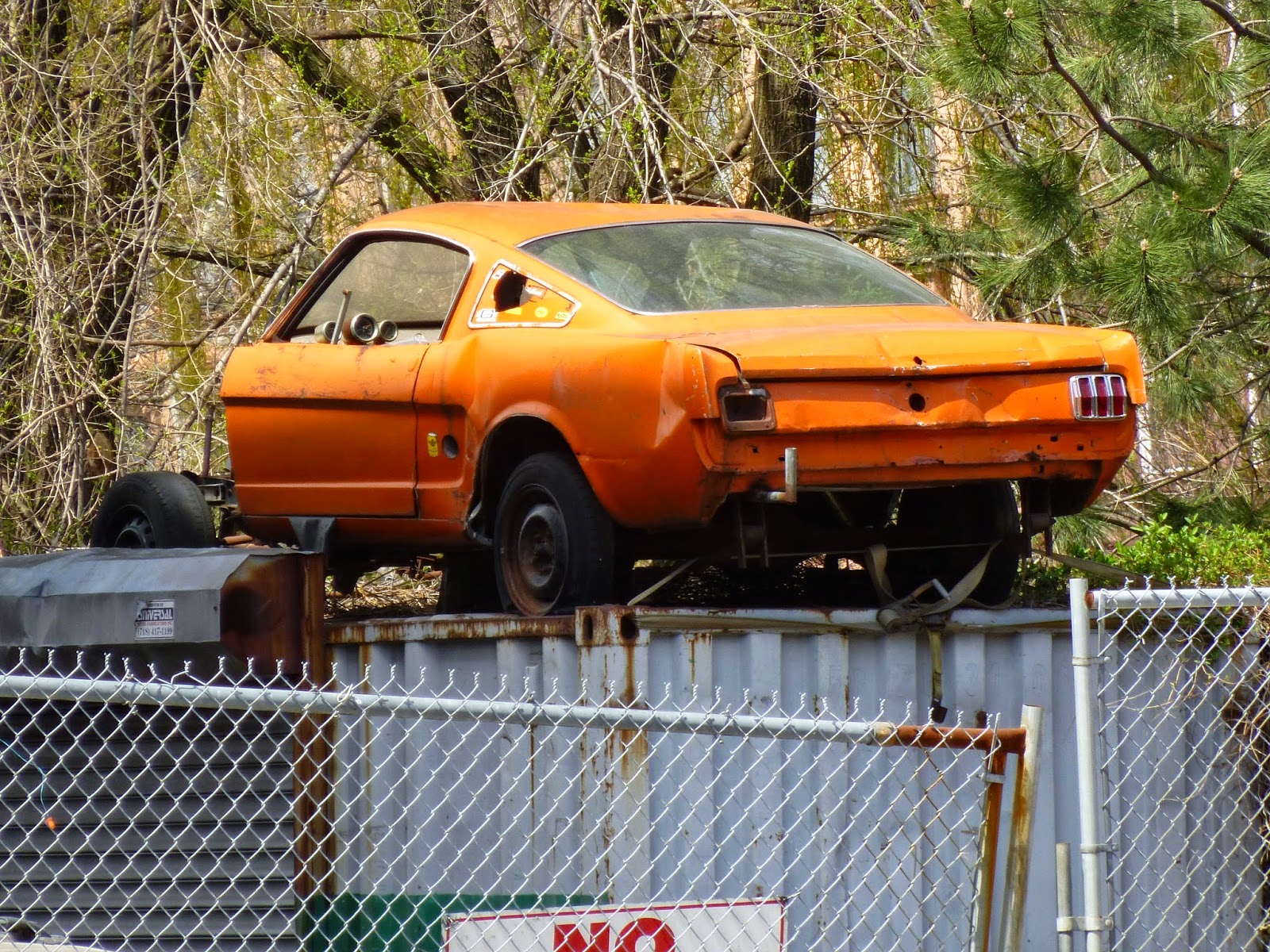 Wouldn't it be just like in the movies if the car went hurtling through the air and landed on the shed ? ! 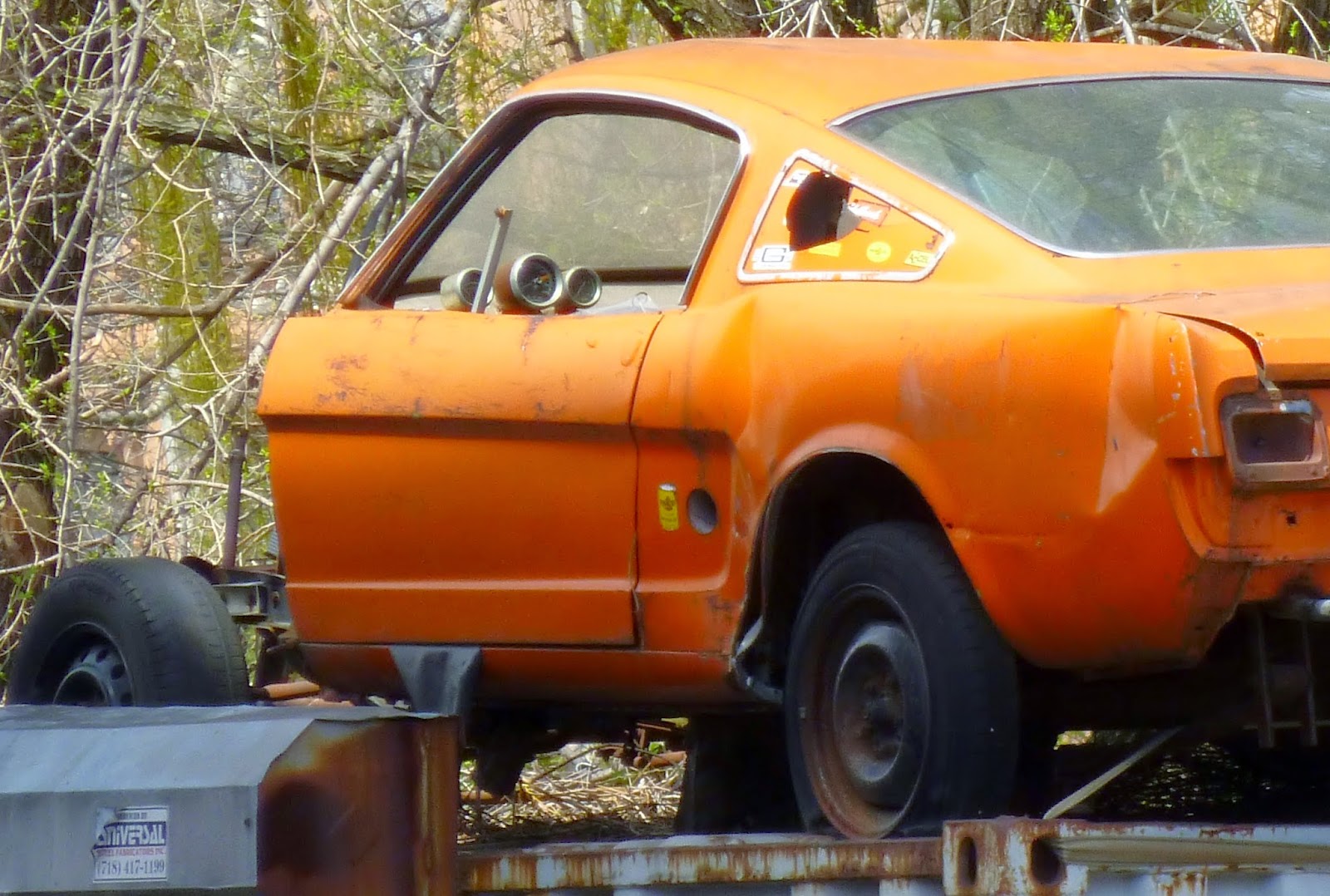 Maybe the police were following close behind. 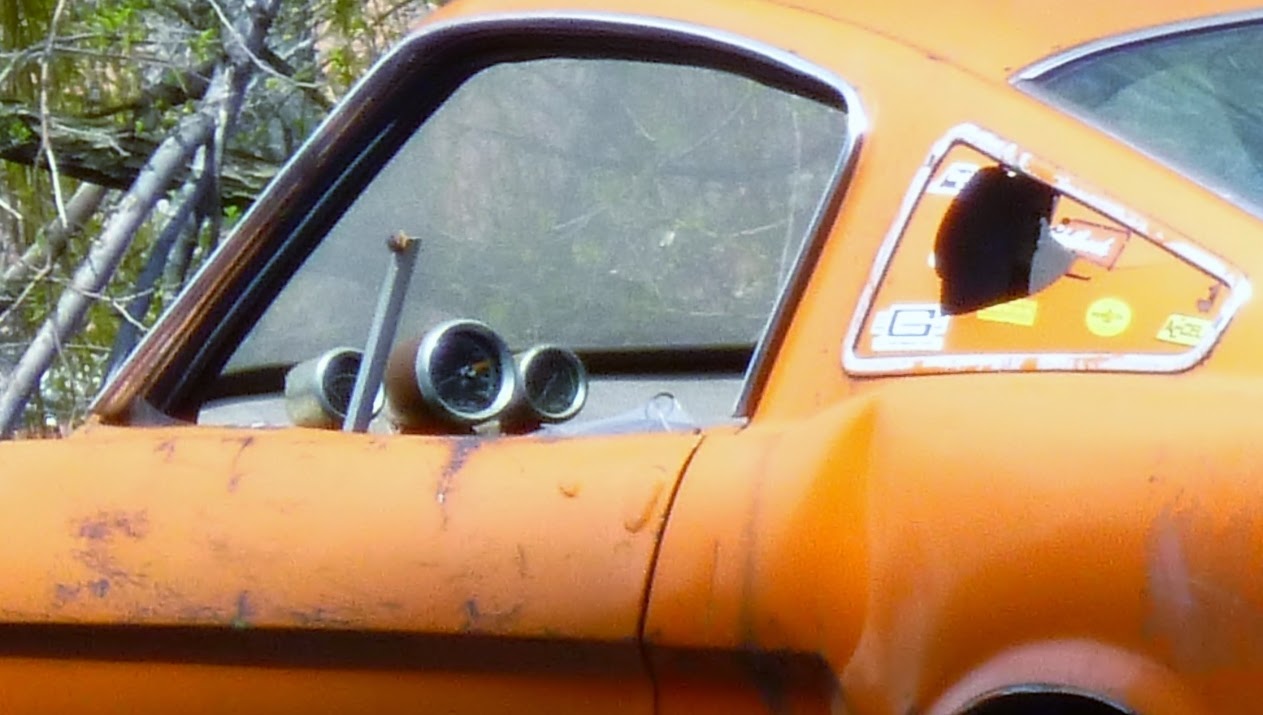 Maybe the driver crawled through an open window and got away! 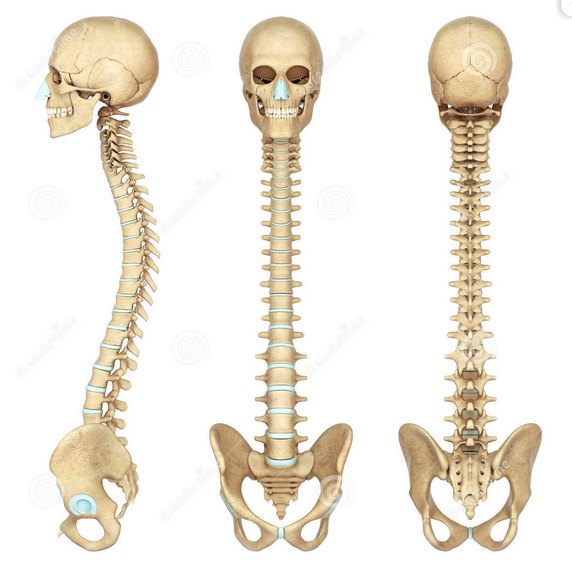 It feels good to share some of my worries.  The procedures are fascinating, as if happening to someone else!

Here are the procedures I'll soon be having:
~A Percutaneous Disc Removal (minimally invasive technique).  Hopefully he won't have to remove too much.  From an MRI the doctor found a disc piece about the size of a marble pressing against a nerve.

The New York Hospital for Special Surgery is working on setting up a way to do these procedures on the same day.  It takes about 6 hours for me to drive to New York City so this would be a tremendous help.

Even though the procedures will be at the New York Hospital for Special Surgery (they handle sports injuries and use up to date techniques); I'm still a little nervous.

A few years ago I had back pain and tried epidural injections.  It only helped a little but when I began taking Cymbalta the pain was completely gone.

This time besides the excruciating pain I have a weakness in my legs.
After an epidural injection there was a tremendous relief. I no longer need Oxycontin to control the pain.

Because of the weakness in my legs I'm using a walker to prevent hurting myself in a fall.
My legs only give out on me occasionally but it's enough to be a risk. I don't want to break a bone, especially a hip.  The fall could also cause more injury to my back.

I'm not supposed to drive, which is a terrible limit on my freedom. I live out in the country, no buses or local trains.  I can hire a cab but that's expensive. Otherwise I have to ask my wife to take me places.

I hope this per-cutaneous disc removal will bring back the strength in my legs and prevent the pain from returning.

Here are two videos that explain the details.
Don't watch them if you're squeamish.


All this is only an inconvenience when compared with someone who has a serious problem like cancer or a stroke. I just thank God it's nothing really bad.

At Home with My Daughter 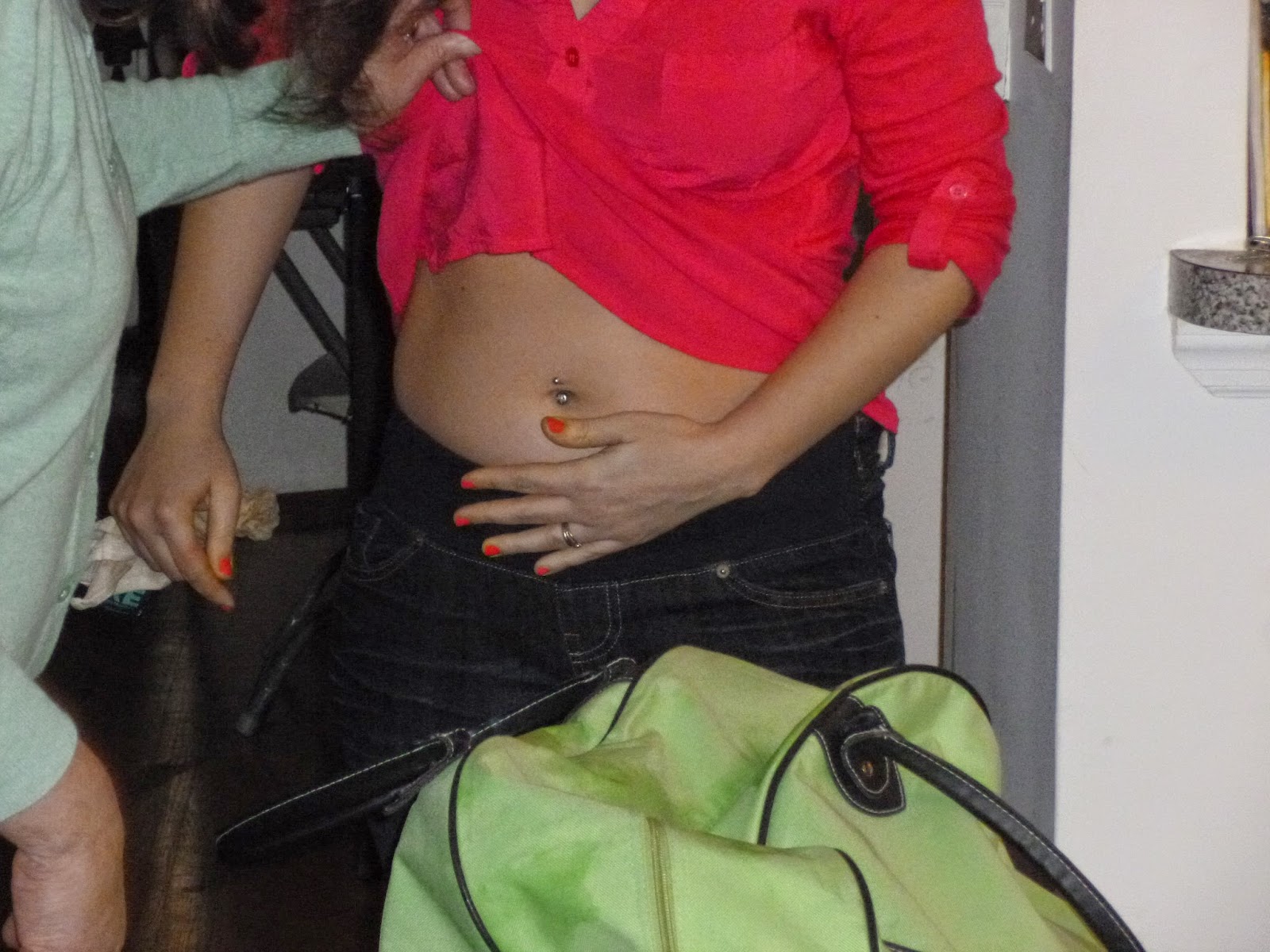 At home in my daughter's apartment. New addition due in September. 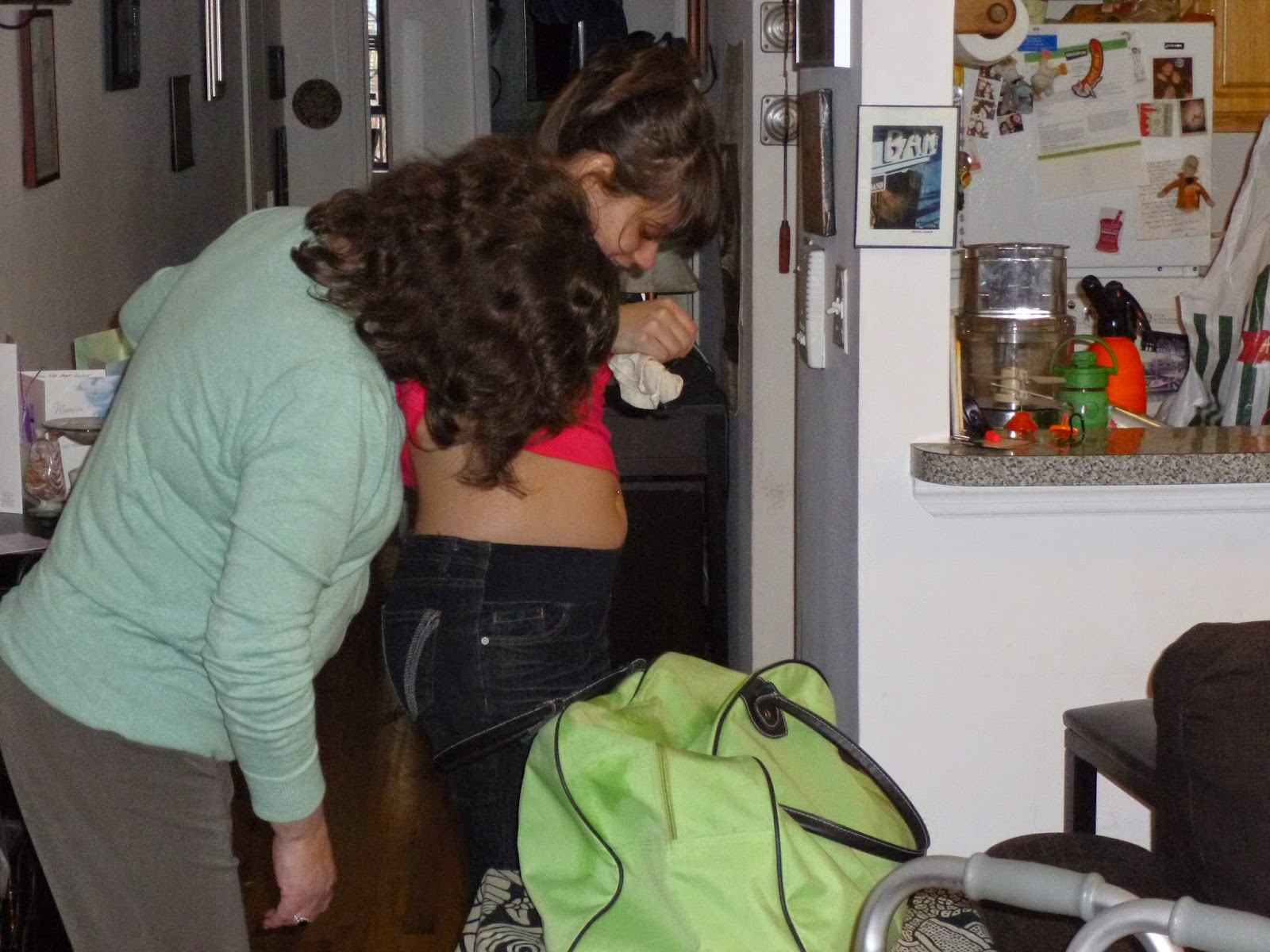 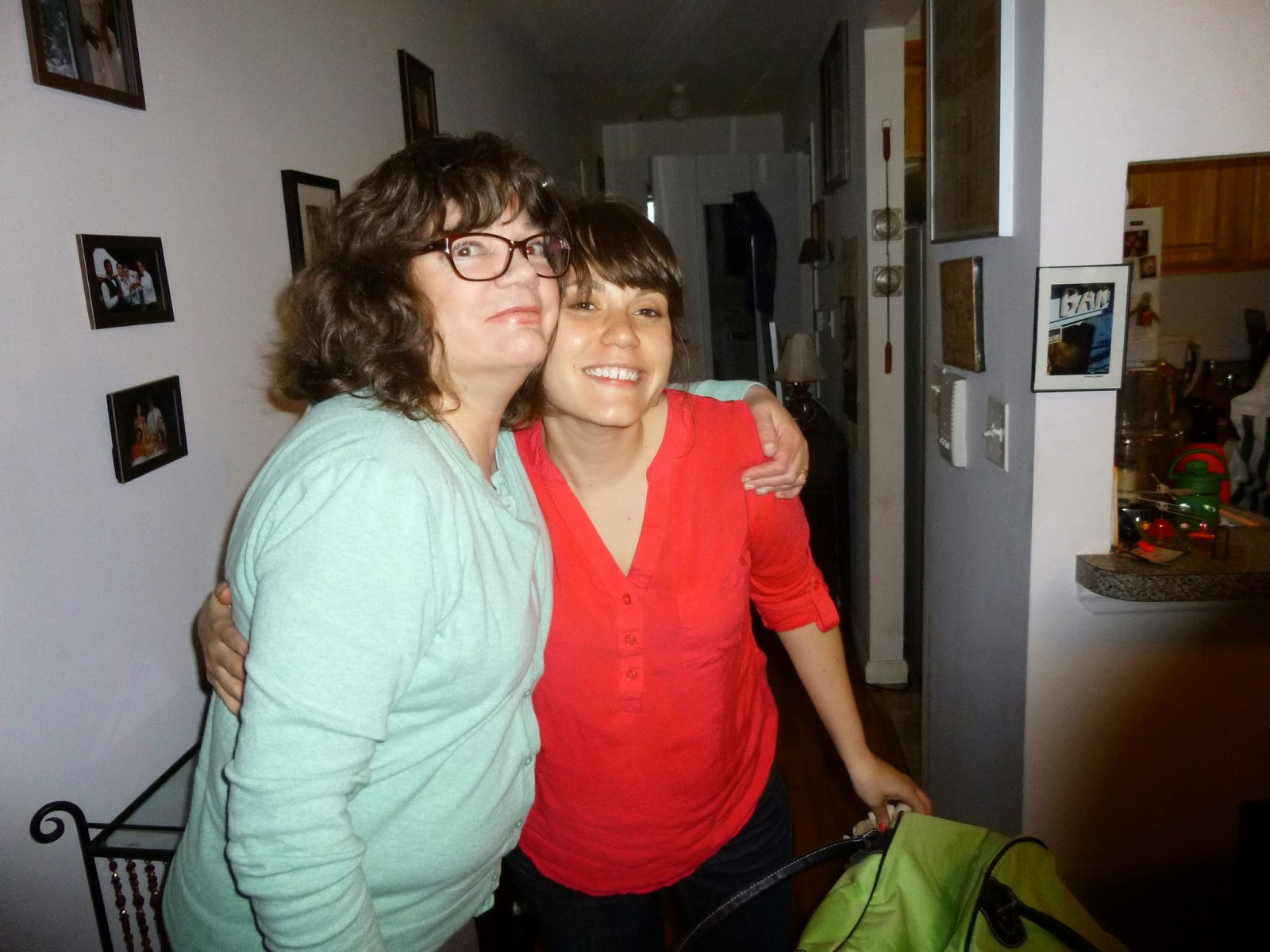 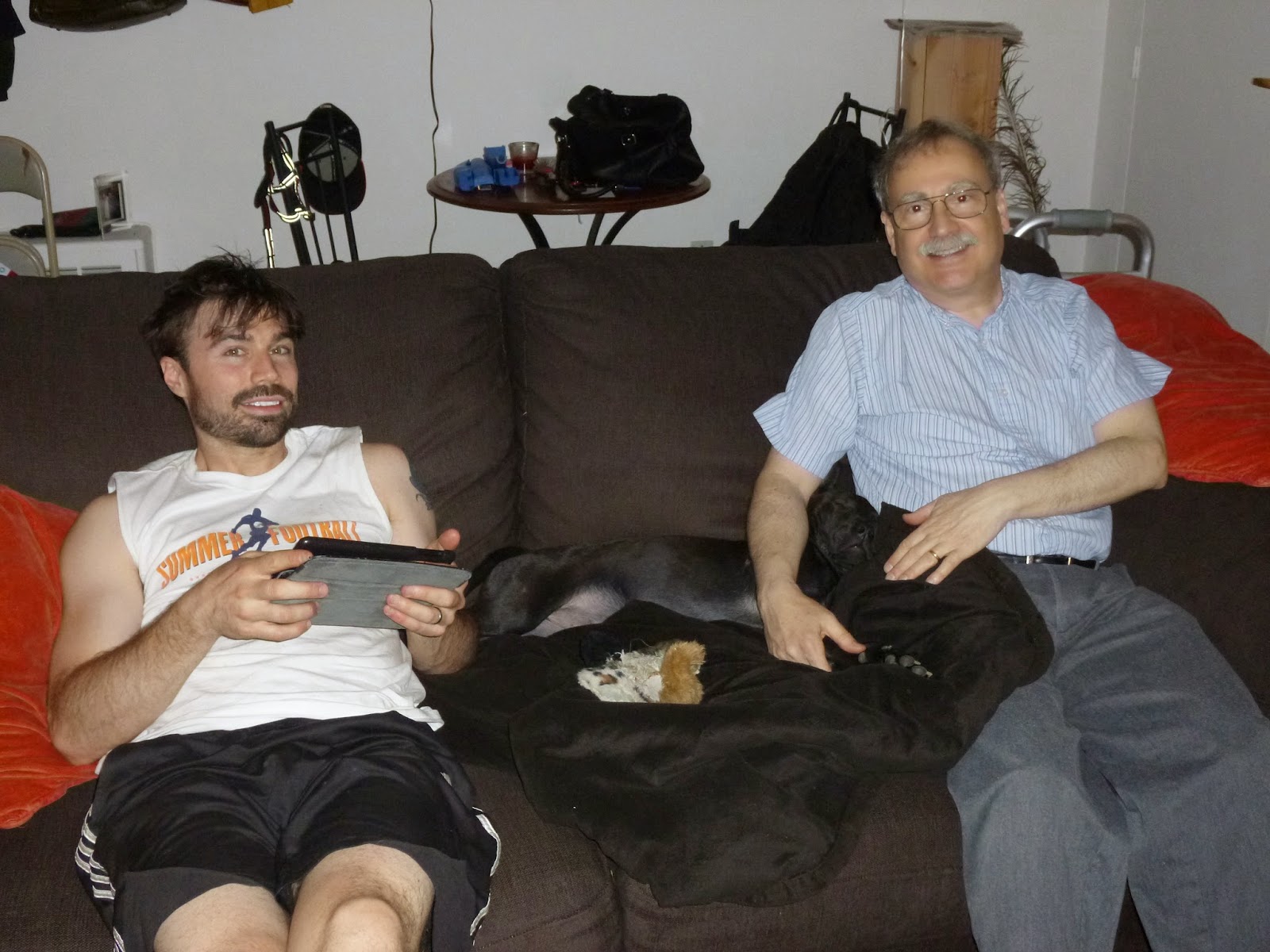 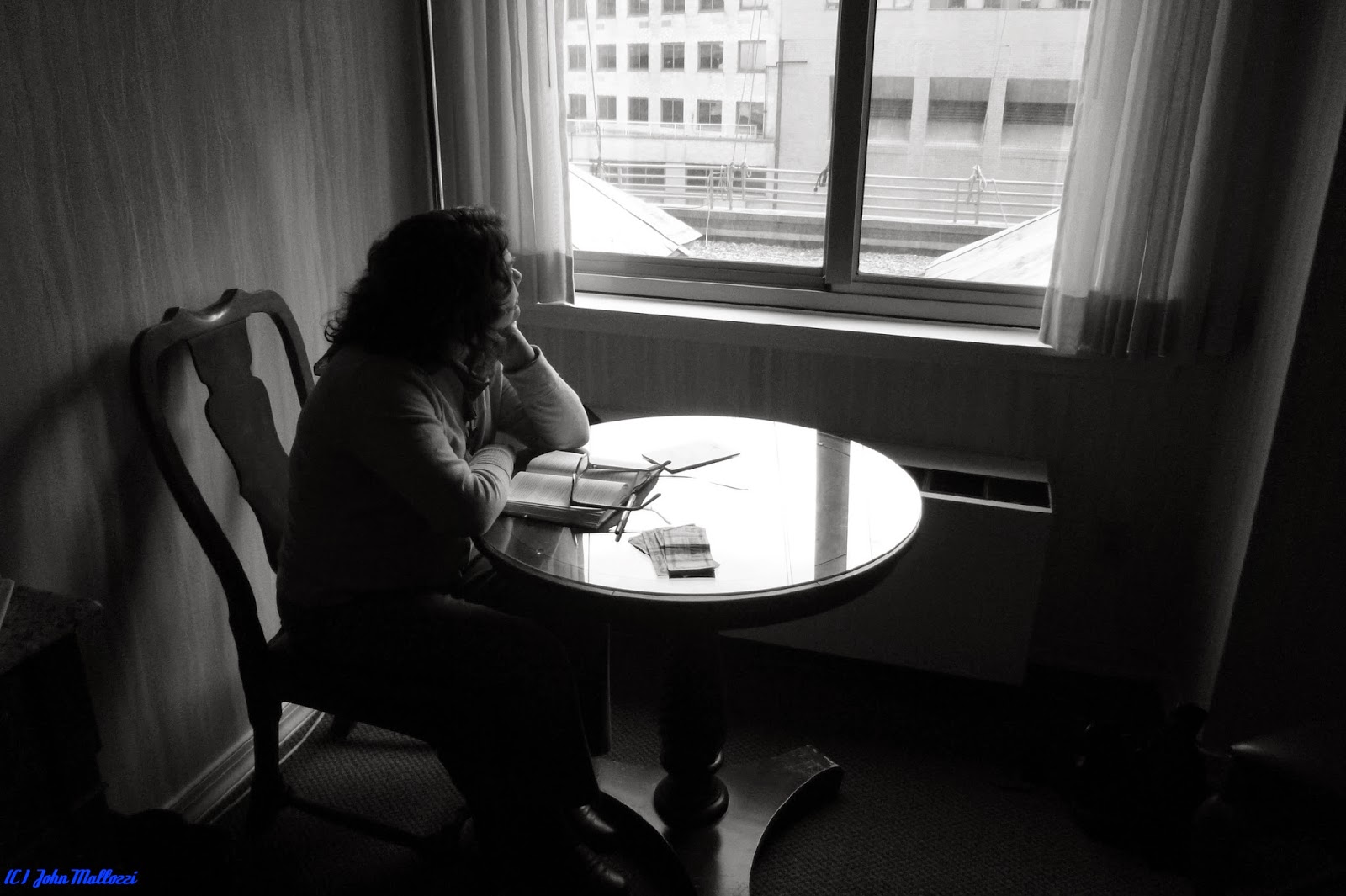 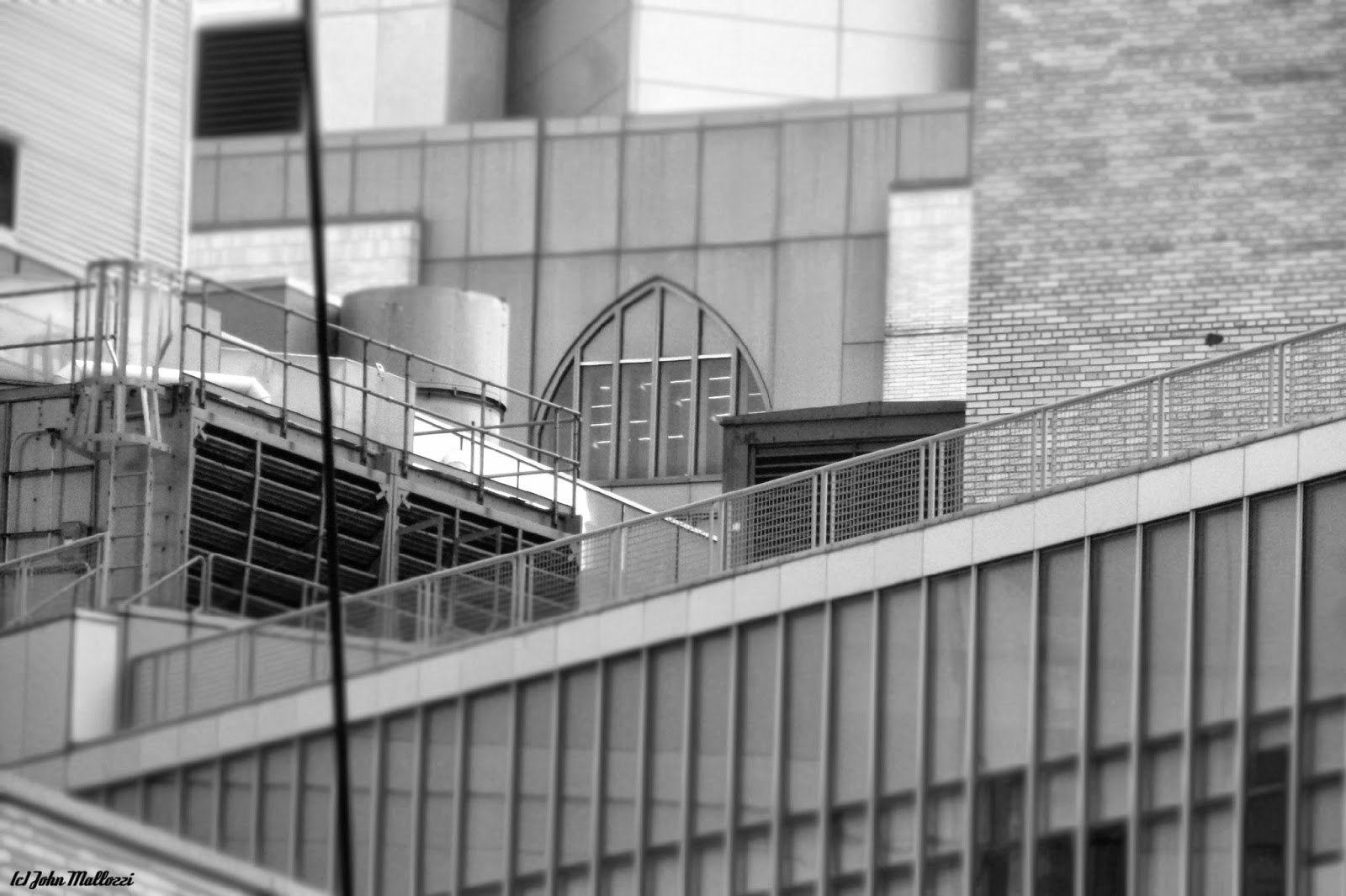 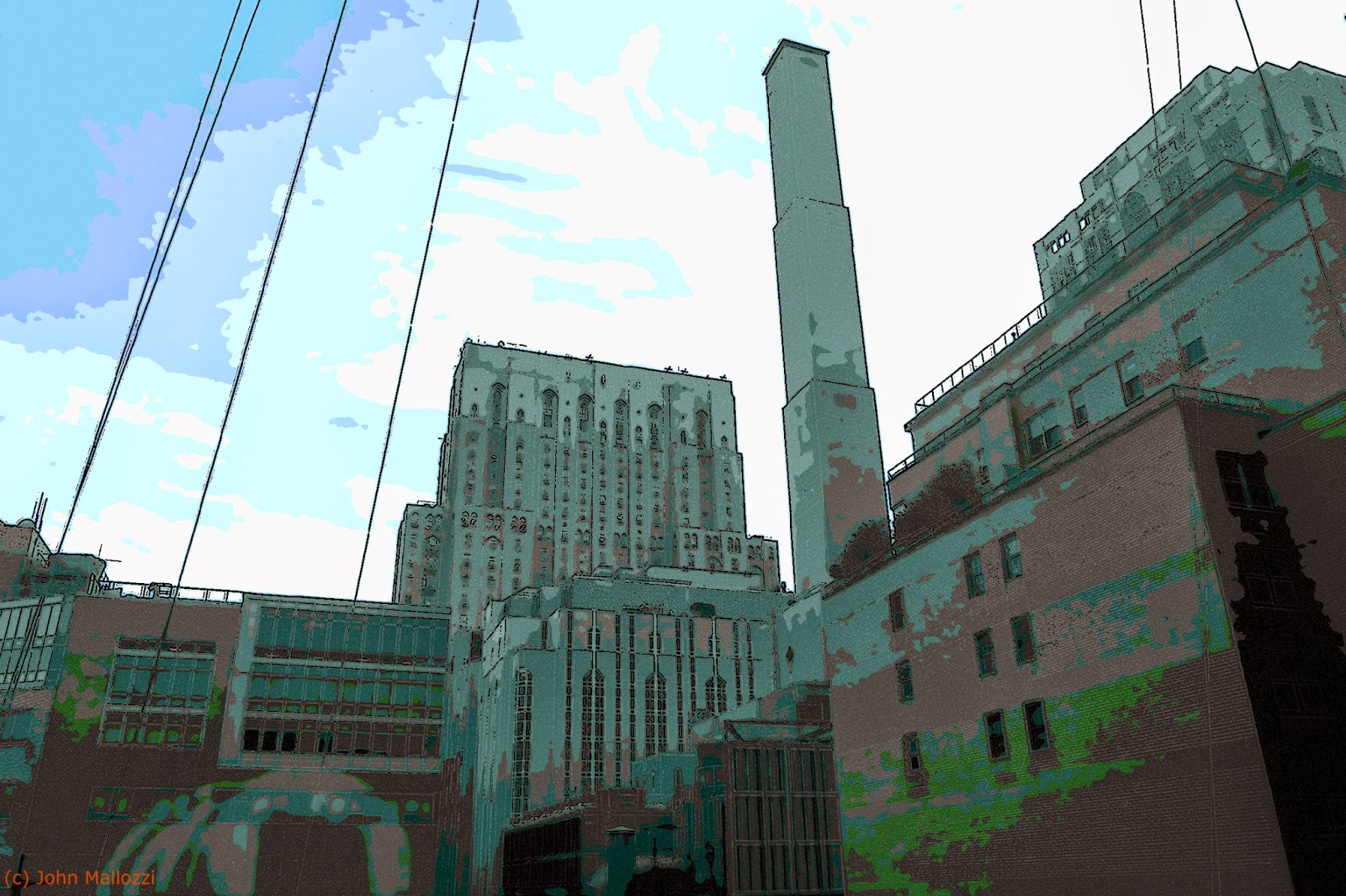 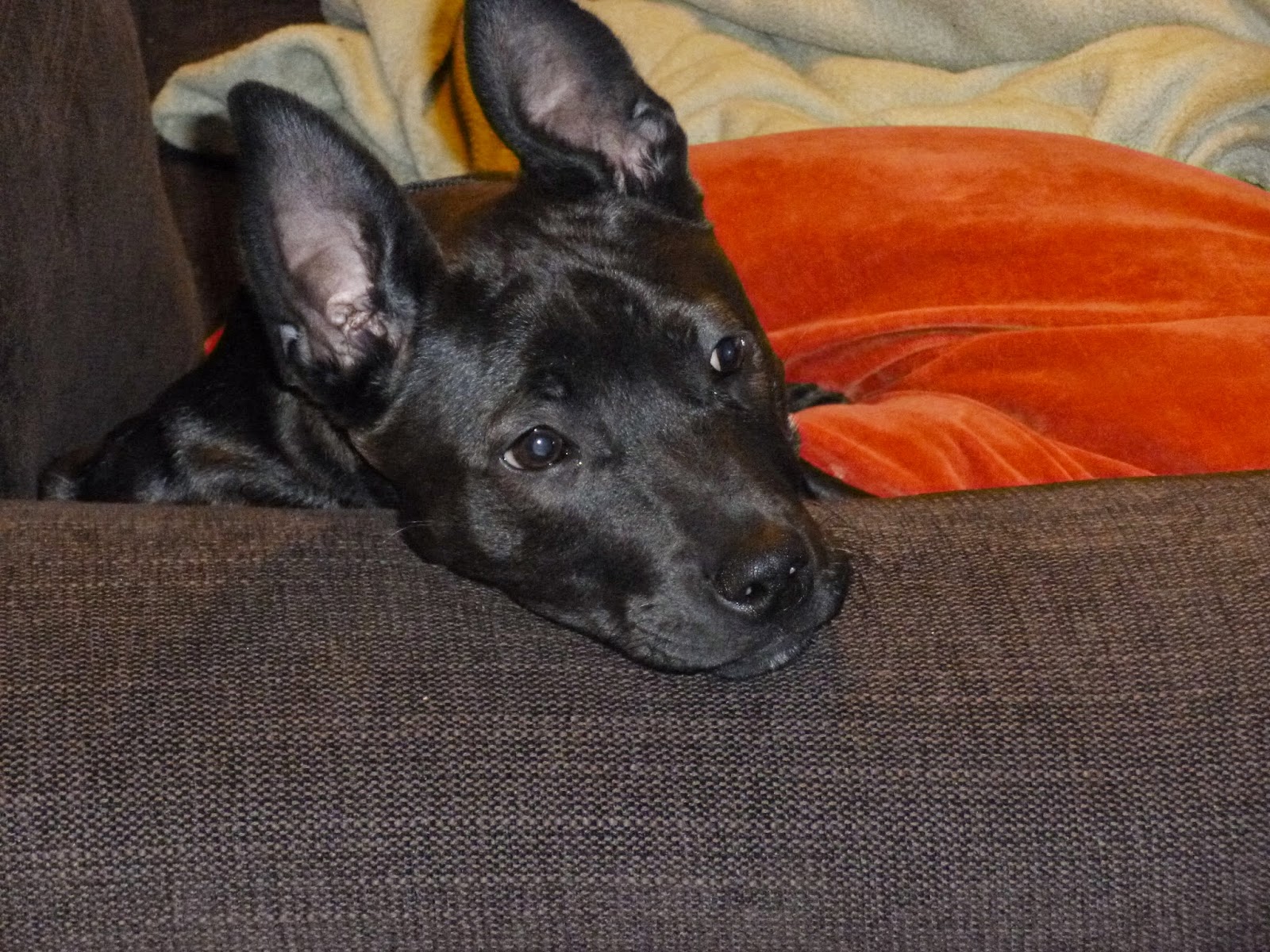 We stayed over my daughter's apartment while visiting the New York Hospital for Special Surgery to have my back pain evaluated.

My daughter recently adopted a puppy. They named him Artic. Training him is requiring more work the she imagined.

Part of the problem is that she and her husband spend a lot of time working which leaves less time to train Artic.

Artic should calm down as he gets older. Hopefully this will make him easier to train. 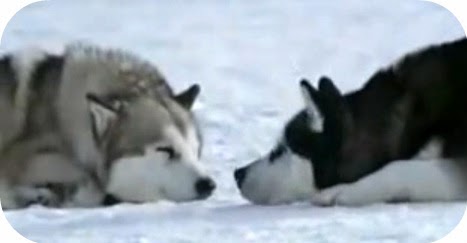 I found this video on the interesting Russian blog: Взгляд в зазеркалье 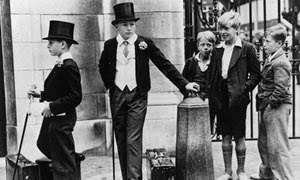 Toffs and Toughs, historic image of boys from 2 social classes, taken July 1937 outside Lord's Cricket Ground, England.
"Toffs and Toughs" is a 1937 photograph of five boys: two dressed in the Harrow School uniform including waistcoat, top hat,boutonnière, and cane; and three nearby wearing the plain clothes of pre-war working class youths. The picture was taken by Jimmy Sime on 9 July 1937 outside the Grace Gates at Lord's Cricket Ground during the Eton v Harrow cricket match. British class system, although the name "Toffs and Toughs" may be no older than 2004

Yesterday I saw an episode of Through the Wormhole about the possible changes in the future of the human race caused by changes in genetics.  According to the program all the races are now about equal in intelligence.  The question is if genetically breeding a superior upper class is possible.

The way it is now the rich have a greater influence over political decisions. So they have more control over how the country is run.

Then I found this discussion on Yahoo Answers.  “Are the ruling elite and upper classes genetically superior to the working classes?”
I don’t think so.  They made their money the old fashioned way; they inherited it! 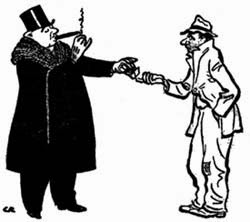 Born into a wealthy family, there is no need to work.  Life is to enjoy.  College is purely for Liberal Arts, "studies intended to provide general knowledge and intellectual skills rather than occupational or professional skills."

Today the ordinary college graduates are so financially burdened that they will most likely never own a house, never mind saving for retirement.  There may be no retirement for them.


For now there must be some small degree of inbreeding in the upper class along with some of the dangers involved.  This has a small effect compared with wealth. 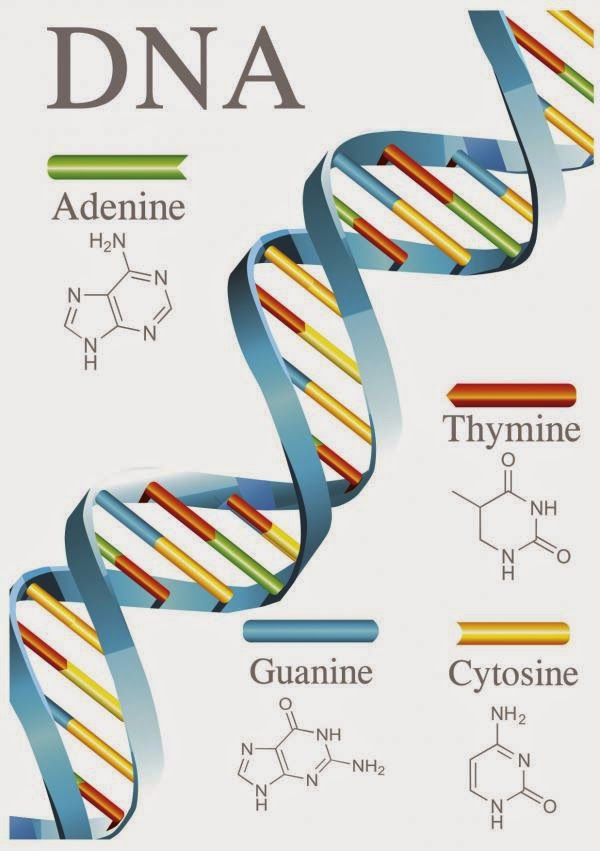 But if a way to quickly modify DNA and genetically breed a superior upper class, maybe even within one generation; only those with the advantages of wealth would be able to afford it.  This would result in what I like to call a "Working Class" and a "Leisure Class".  The work would be for the support of the “Leisure Class” lifestyle.

Anyway, these are just some thoughts I have from watching Through the Wormhole.

Let's Be Careful About Election Campaign Donations: Some Personal Observations 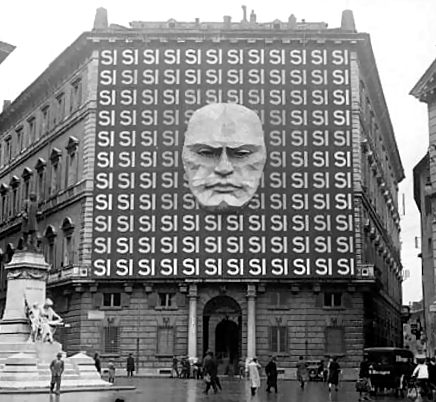 
“The Supreme Court in the McCutcheon decision today  overturned 40 years of national policy and 38 years of  judicial precedent to strike down the overall limits on the  total contributions from an individual to federal  candidates and to party committees in an election cycle,”  said Fred Wertheimer, President of Democracy 21. “With  its decision today in McCutcheon, the Supreme Court  majority continued on its march to destroy the nation’s  campaign finance laws, which were enacted to prevent  corruption and protect the integrity of our democracy.”
~2 April 2014 ABC News


Some thoughts from Mussolini:

Translation:"One for all, all for 'il Duce'." 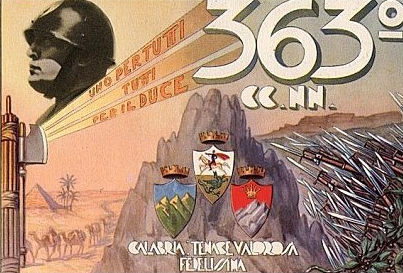 "Fascism is therefore opposed to that form of democracy  which equates a nation to the majority, lowering it to the  level of the largest number(17) 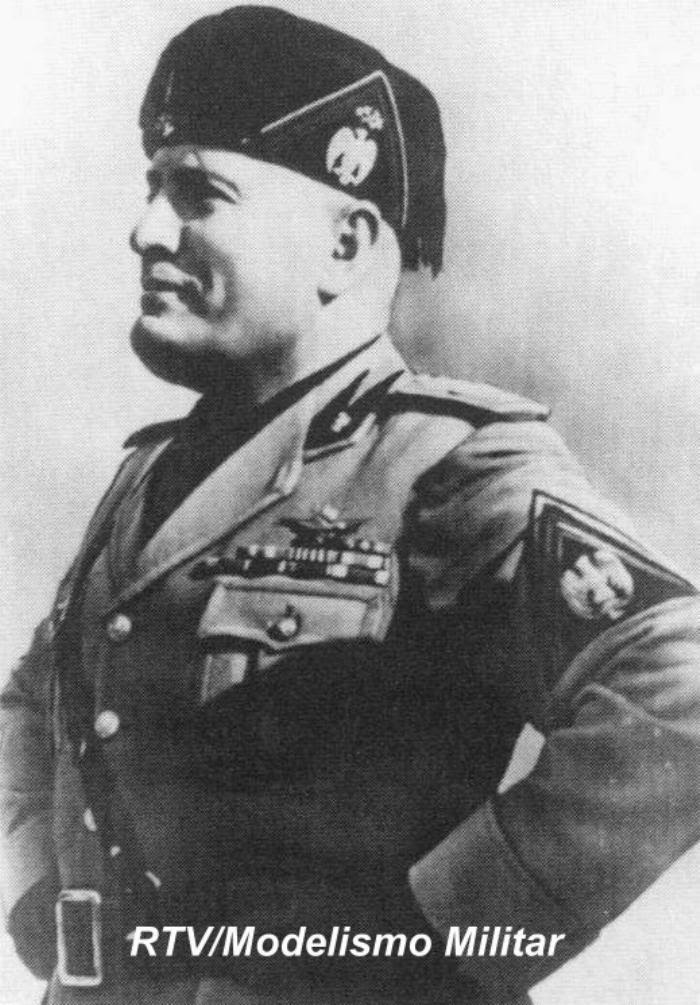 ...but it is the purest form  of  democracy if the nation be considered as it should be  from the point of view of quality rather than quantity, as  an idea, the mightiest because the most ethical, the  most coherent, the truest, expressing itself in a people as  the conscience and will of the few, if not, indeed, of one.(18)