Why It's Called America 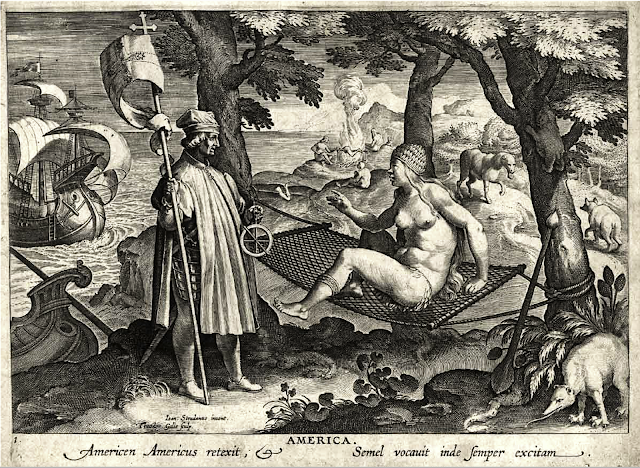 Just curious as to why it's called America even though he was not the first to visit.  I believe the Vikings were earlier and then Columbus.  It may be that he got things rolling with his explorations. Like in the above engraving, he "woke up" America.

I'm finally back to blogging again.  I missed it.  It was over six weeks that I spent time in a hospital and then a rehab center, not for drugs or alcohol but for my neuromuscular disease flare up; my CIDP (Chronic Inflammatory Demyelinating Ployneuropathy).  I had episodes of wooziness, falling and violent vomiting. Six ambulance rides to the ER for hitting my head after a fall. I don't think it had anything to do with seizures but I'm not sure.  There are much worse things that could have happened so I can't really feel sorry for myself.

Amerigo Vespucci, I wonder why it was not named "Vespuccia".  Was Amerigo his last name? 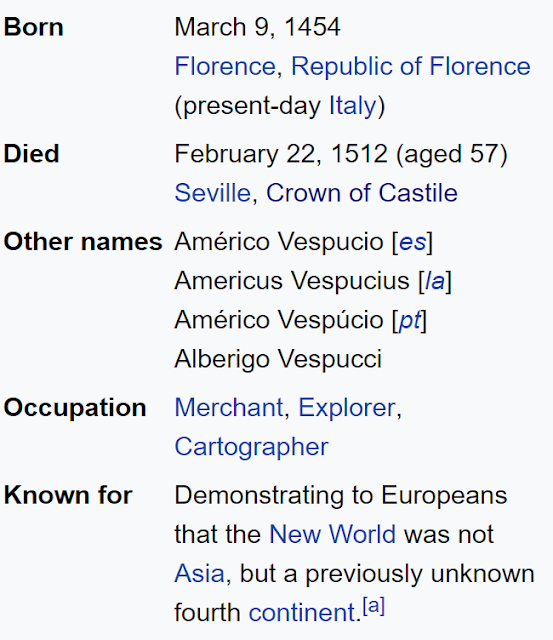 He demonstrated that the New World was not part of Asia.