I Bought a Crookes Radiometer

I found this radiometer  GIF on the internet.

I've had a radiometer for decades, fascinated by the way it spins in the light.  It works with sunlight or an incandescent light bulb.
I finally decided to order a new one after mine stopped working.

Here's a photo from the internet that looks just like mine. 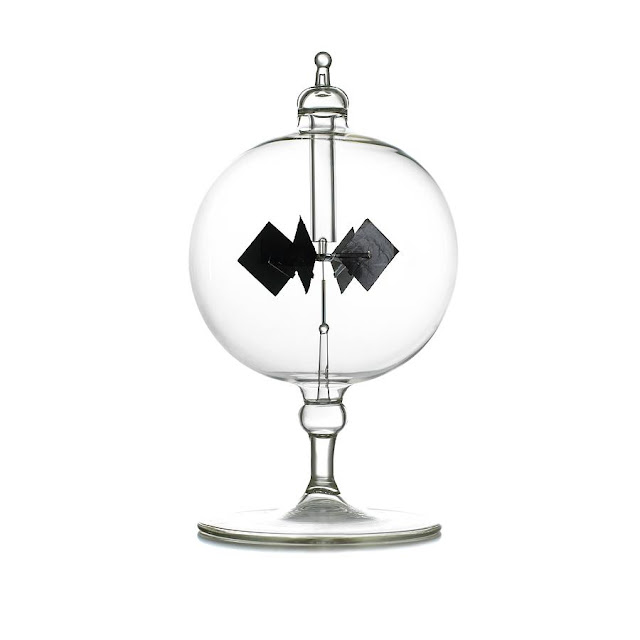 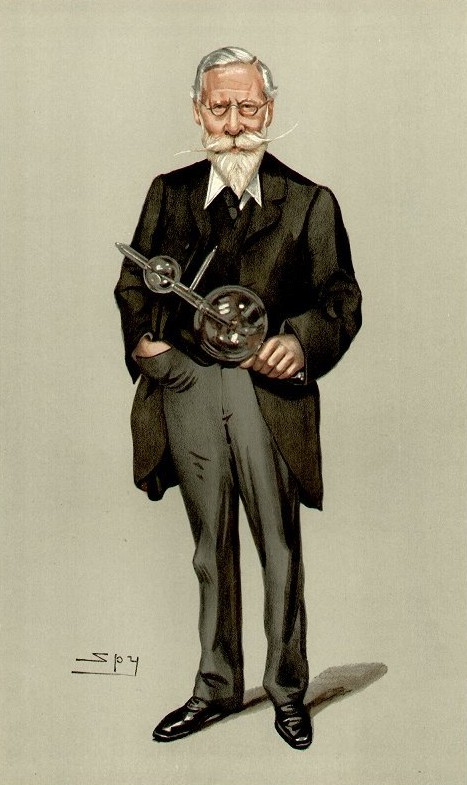 "The radiometer is made from a glass bulb from which much of the air has been removed to form a partial vacuum. Inside the bulb, on a low friction spindle, is a rotor with several (usually four) vertical lightweight vanes spaced equally around the axis. The vanes are polished or white on one side and black on the other.
When exposed to sunlight, artificial light, or infrared radiation (even the heat of a hand nearby can be enough), the vanes turn with no apparent motive power, the dark sides retreating from the radiation source and the light sides advancing.
Cooling the radiometer causes rotation in the opposite direction."
(From Wikipedia)
=============================
Continuing from Wikipedia, I found an explanation which is difficult to follow.
Crookes incorrectly suggested that the force was due to the pressure of light.[6]
Another incorrect theory was that the heat on the dark side was causing the material to outgas, which pushed the radiometer around
A partial explanation is that gas molecules hitting the warmer side of the vane will pick up some of the heat, bouncing off the vane with increased speed.       Albert Einstein showed that the two pressures do not cancel out exactly at the edges of the vanes because of the temperature difference there. The force predicted by Einstein would be enough to move the vanes, but not fast enough.[9]
The final piece of the puzzle, thermal transpiration, was theorized by Osborne Reynolds[10] ; in an unpublished paper of 1879.
A lighthearted video explaining how it works in easier terms: