Which Font for this Blog Looks More Like Handwriting? 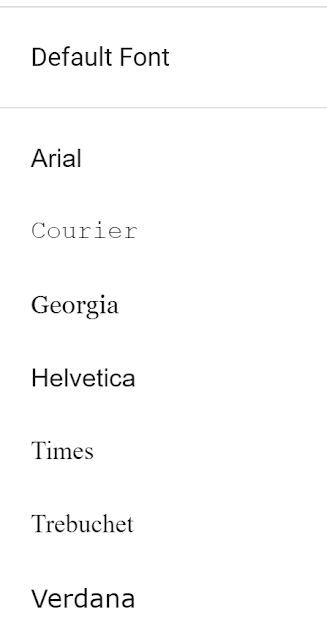 I had the idea to do this from trying to improve my handwriting.  It will never really look like hand script but it's fun to compare.
I'm going to try using italic and italic in bold. Which one will look more like script?

Courier is kind of faded for me and has large spaces between the words.

This isn't bad but I still like Georgia the best.

The next three fonts, Times and Trebuchet and Arial look the same to me.

This seems to be the largest and easiest to read but not too much like script to me.

I like the Georgia italic bold as close to script. It's large enough and with nice slant and spacing.

There's nothing really wrong with any font. Whatever you like is the best for you.