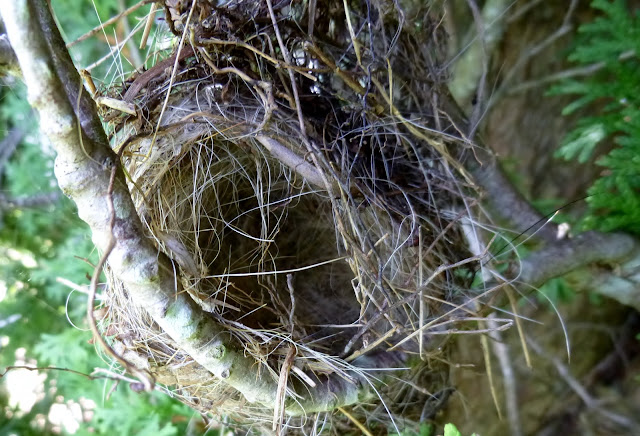 I did not actually see the nest when it was in use but I'm sure the birds left the nest empty after the eggs hatched and the young were able to care for themselves. 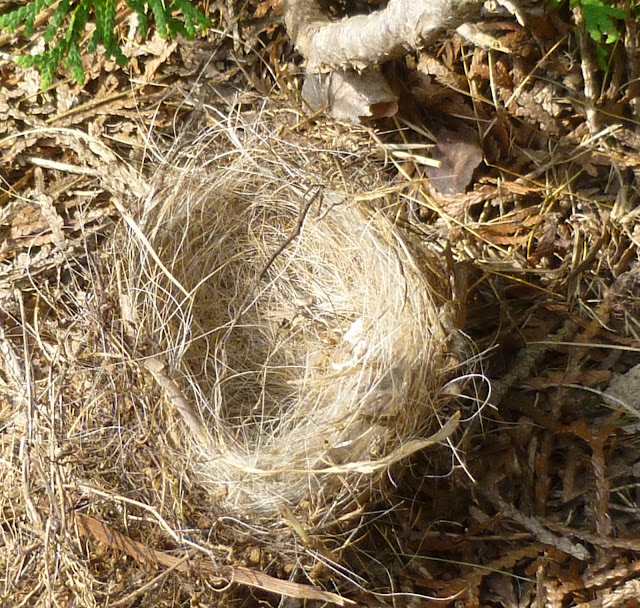 The next day I found the nest on the ground.

I made this short video of one of the three hummingbirds I see at the feeder each day. 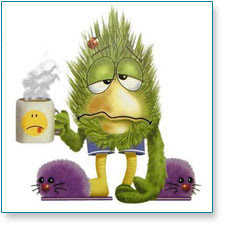 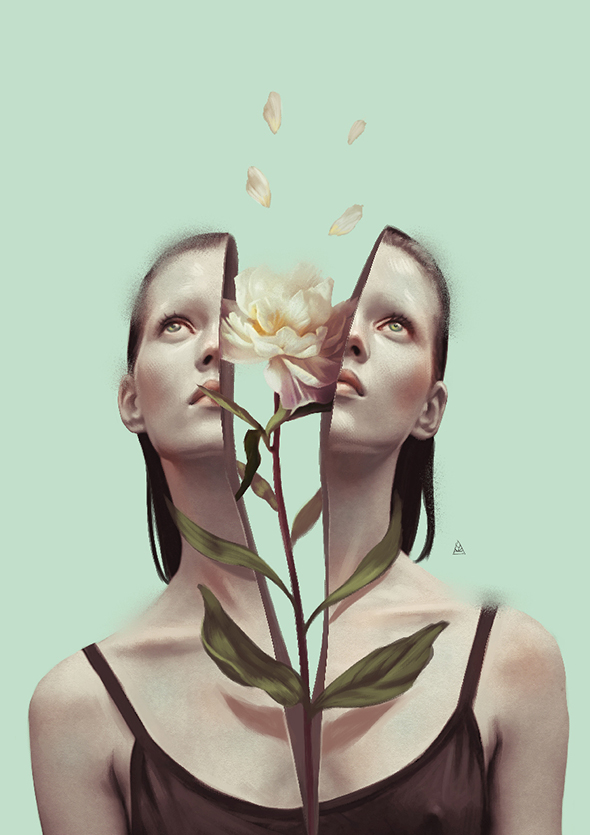 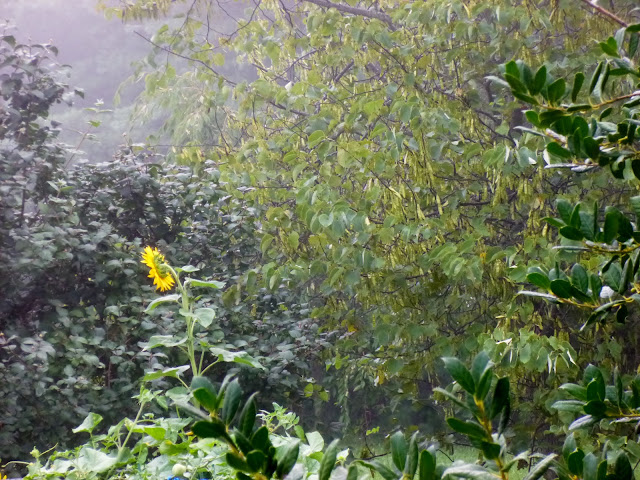 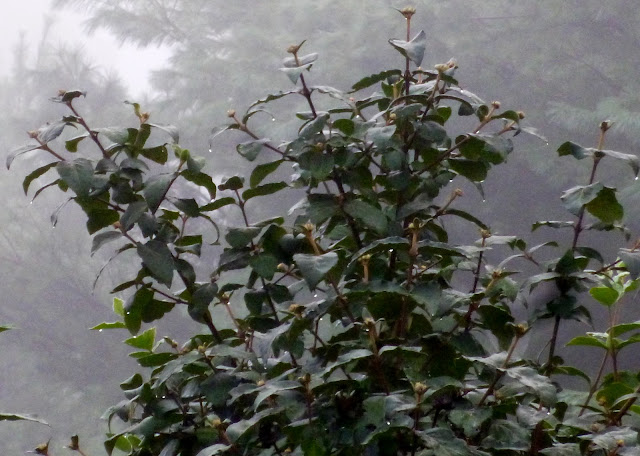 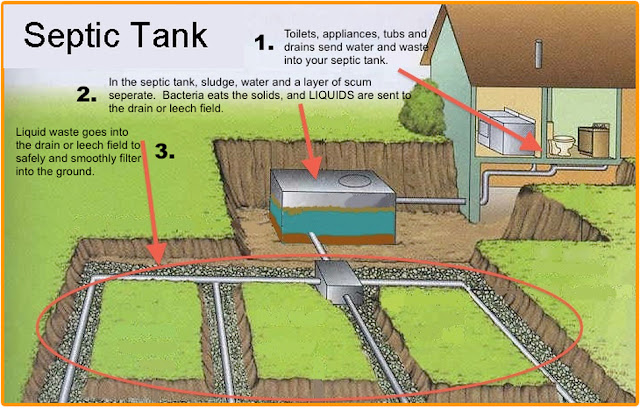 This week I'm having my septic system worked on.  When I called for a periodic draining they found a problem with the tank. It may have somehow cracked.
Septic tanks can last about 25 to 40 years. Ours is 40 years old so I guess it must be time. 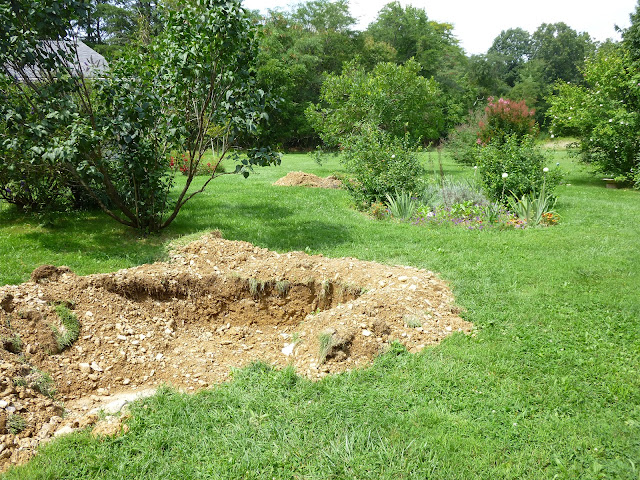 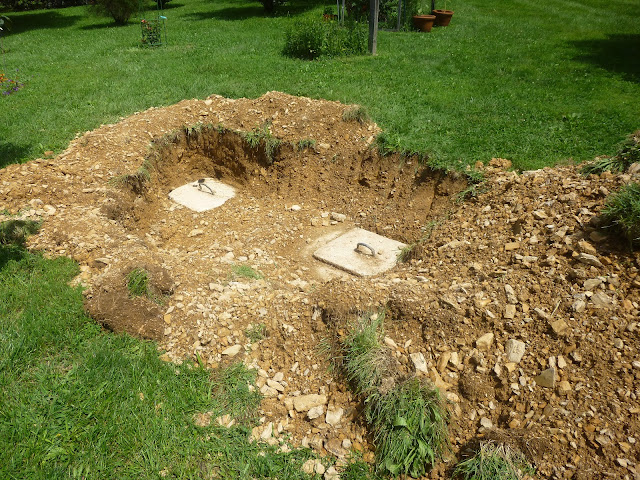 Here is the tank with its two lids. 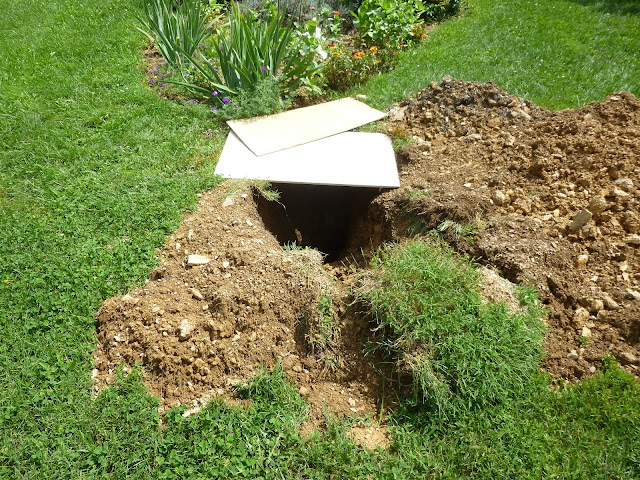 This is the distribution box which empties into the drain field.

Below is a short video showing how it works.
It's sort of gross so skip it if you think it will bother you. 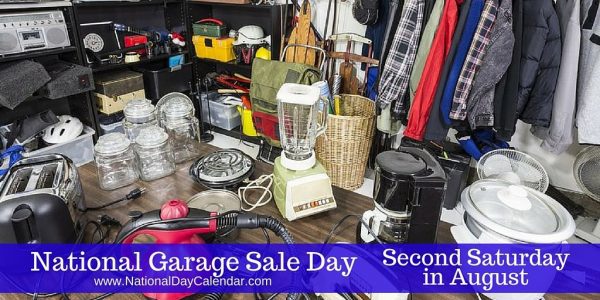 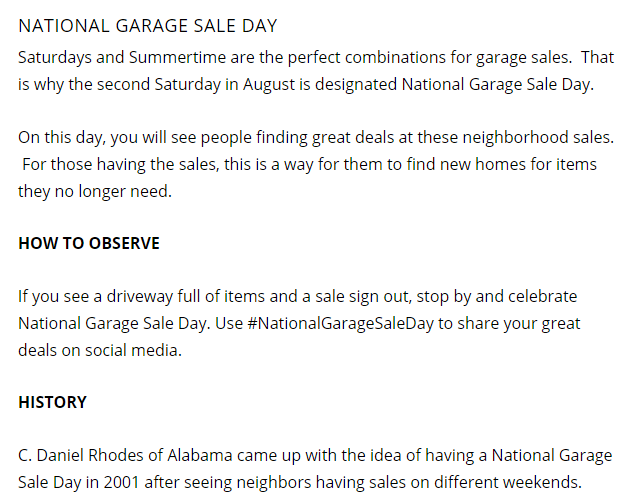 I don't go to garage sales myself.  Maybe I'll give it a try. 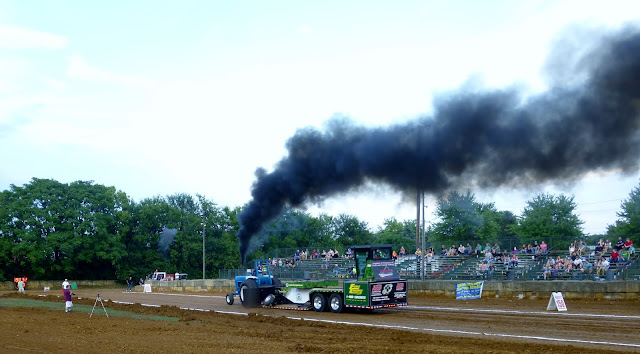 I thought a tractor pull was like a tug of war with two tractors pulling apart with a chain holding them.  But it's a tractor pulling a heavy sled.  The winner is the tractor that pulls the sled the farthest down the track. 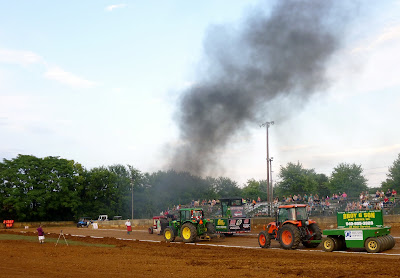 Here's a description from Wikipedia:

Truck and Tractor pulling, also known as power pulling, is a motorsport competition, popular in United States, Europe (especially in the Netherlands, Denmark and Germany), Australia and Brazil, and New Zealand which requires modified tractors to pull a heavy sled along a 35 foot wide, 330 foot long track, with the winner being the tractor that pulls the sled the farthest. The sport is known as the world's most powerful motorsport, due to the multi-engined modified tractor pullers.

All tractors in their respective classes pull a set weight in the sled. When a tractor gets to the end of the 100 metre track, this is known as a "full pull". When more than one tractor completes the course, more weight is added to the sled, and those competitors that moved past 300 feet will compete in a pull-off; the winner is the one who can pull the sled the farthest.

The sled is known as a weight transfer sled. This means that as it is pulled down the track, the weight is transferred (linked with gears to the sled’s wheels) from over the rear axles and towards the front of the sled. In front of the rear wheels, there is a "pan". This is essentially a metal plate and as the weight moves over this the resistance builds. The farther the tractor pulls the sled, the more difficult it gets.

The most powerful tractors, such as those in the 4.5 modified class in Europe, can produce over 10,000 horsepower. 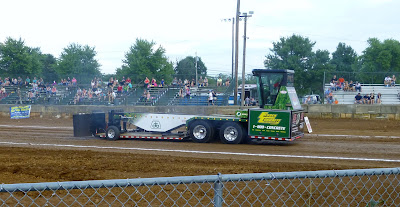 This is the sled they have to pull. 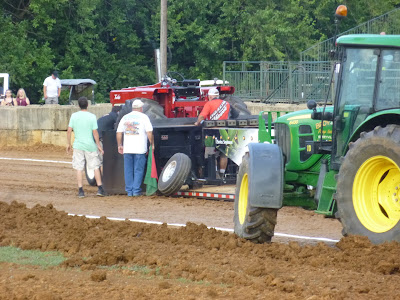 Something went wrong, maybe the wheel. 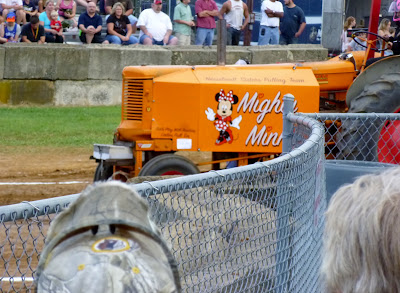 This tractor was driven by a woman with a pink helmet. 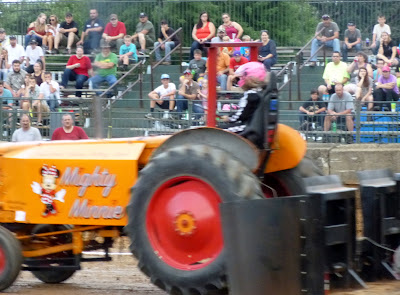 I'm not sure if I'll go again but at least I've seen something new. 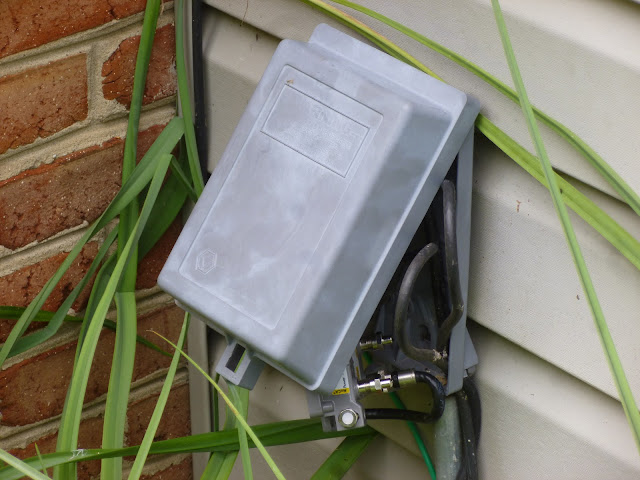 This is how the technician left the outside cable box after the repair.  The kitchen TV was not working after the storm we had the other day.  Luckily the bedroom TV was working.  He told me not to worry because it is still waterproof!
But how? 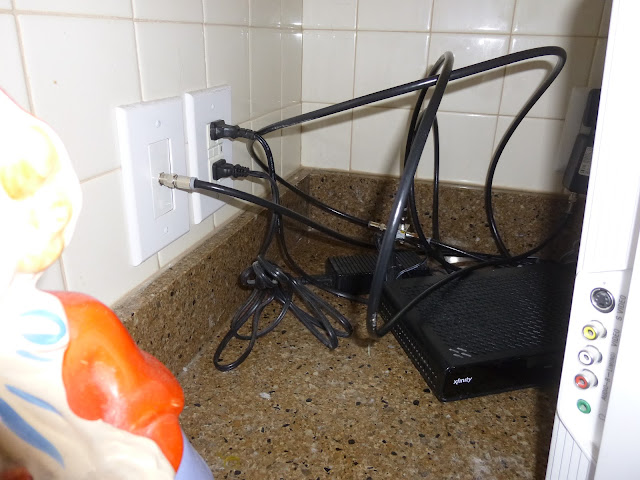 This is the way it looks from inside the house behind the TV. 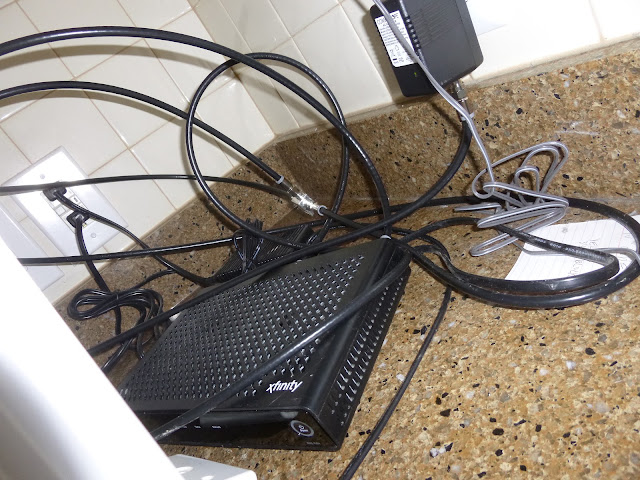 This is the view from the other side where he added some sort of plug which it didn't have before.  He said that this time both TV's will stop if something goes wrong.  Why did he do that?  There was no way he was listening to what I said so I let it go, for now.  It was not worth getting into a fight.  Besides, he was much younger than me.

I called the cable company to get a different technician to fix up the mess. But for now both TV's are working.

What happened to pride in workmanship? 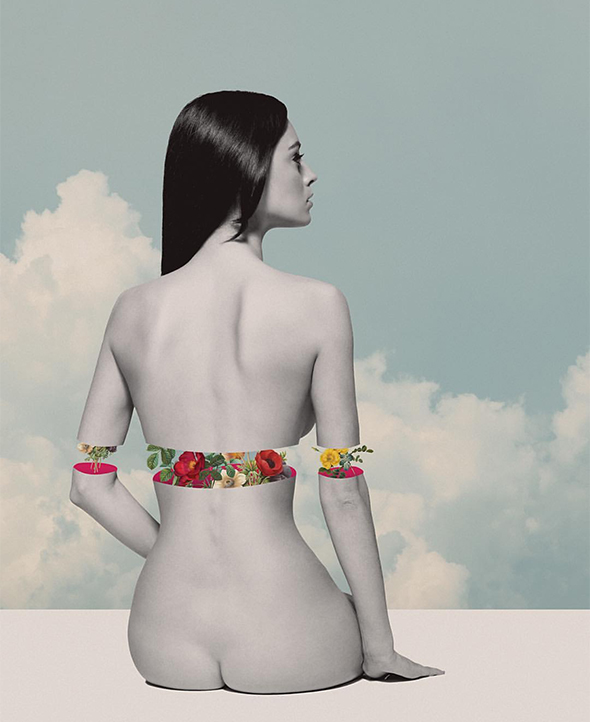 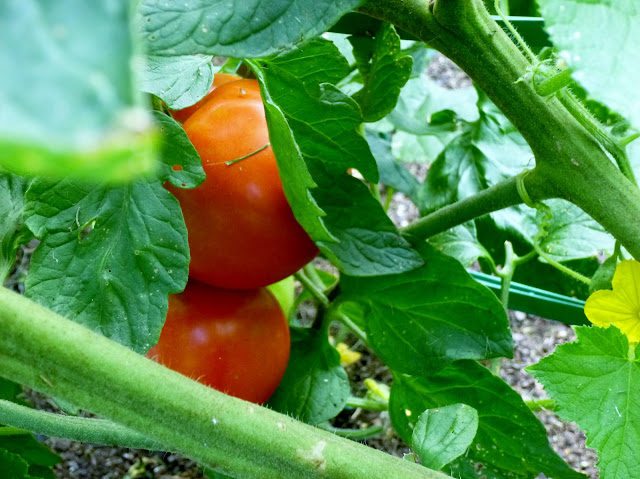 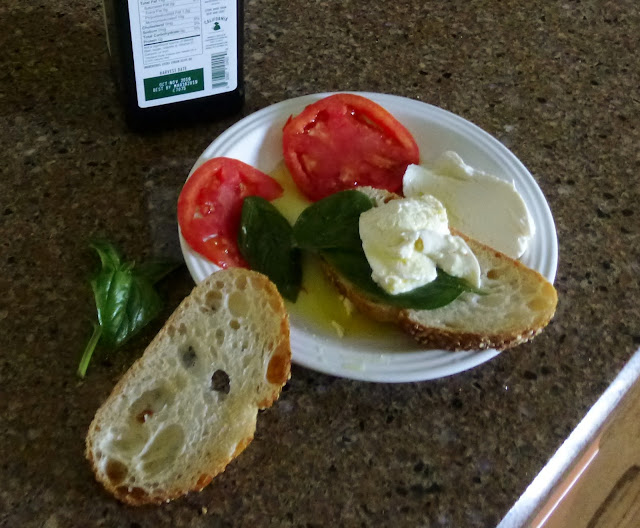 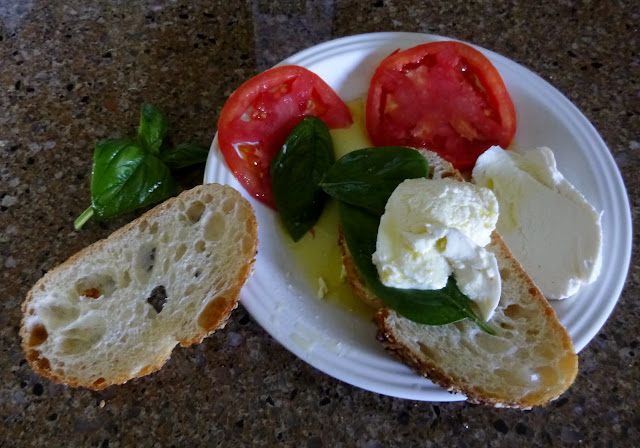 I have some of the sandwich with fresh basil and some without. 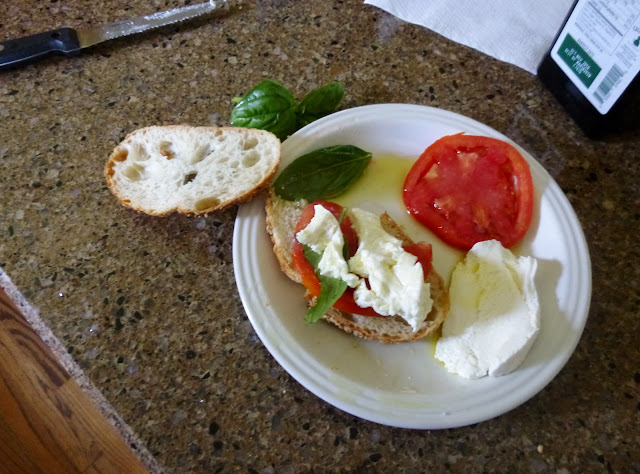 Evey and Her Brother Miles 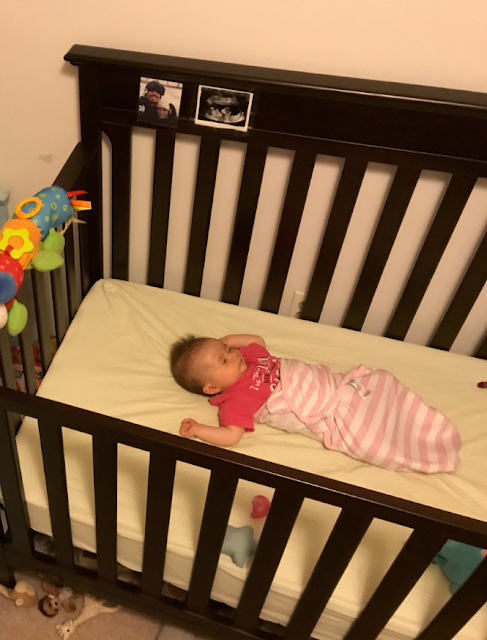 Evey is tucked in, nice and neat. 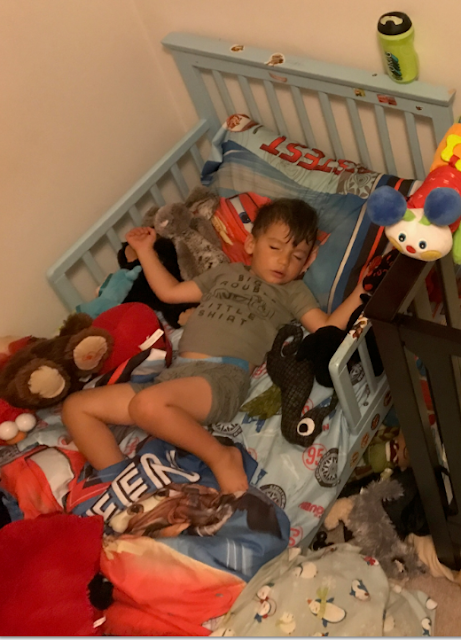 Miles came down for a rough landing. 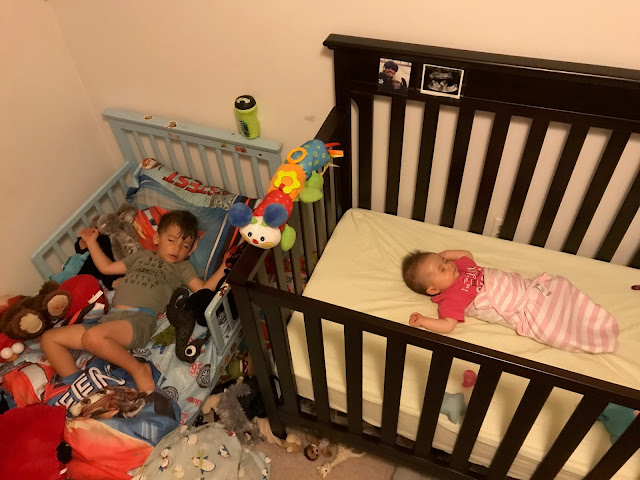